Up in the Air in ‘Hidden London’ 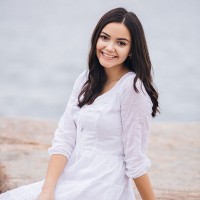 Even before studying abroad in London, I was surprised by how much spending and planning I was suddenly doing on my own. You have a lot of choices to make: where you want to go, what your budget is, and whether it’s the right decision for you. It can be stressful, especially since the trips I had taken in the past were short and guided.

So when Arcadia released a list of events called “Hidden London,” I was relieved. The first of these free trips—to unique spots in London that perhaps tourists wouldn’t know about—was to Sky Garden, a scenic indoor restaurant and botanical garden located inside the “Walkie-Talkie” skyscraper. I had heard of Sky Garden, and was excited to go without worrying about booking tickets or transportation.

The morning of the event, my friends planned to meet Arcadia staff at the London Center (Arcadia’s “campus” in the city) and take the Tube to Sky Garden together. We left early, stopped at Starbucks, and got to our first stop with no problem. Then, as we changed lines to get off at a closer stop, we saw the sign: No indication of a train arriving for the next half hour or so.

We were stressed, and trudged out of the station to the Center, only to find that the group had just left (since we were about 15 minutes late). We were given directions to Sky Garden, and journeyed there feeling a little tense.

Traveling can be frustrating. It’s hard when you try to plan everything perfectly, and things don’t go according to plan at all. This certainly wasn’t the first time we had gotten lost or behind schedule in some way.

However, once we arrived at Sky Garden and went out to the rooftop together, it really did put things in perspective. Below us was the city of London: full of landmarks we had already visited or had yet to see. The rain from the early morning had cleared, and the clouds were parting to reveal glimpses of sunshine. While I was standing 525 feet in the air, I was reminded that we need to be okay with life being up in the air sometimes. That’s not to say that it’s not important to make plans while abroad—for safety reasons, it’s necessary.  But we still got to Sky Garden, we still got to see the amazing view, and we did it all together. Even if we hadn’t made it, we were still in London, with plenty of things to do—and plenty of people for support.

In my first month here, many of my best experiences have been the unexpected ones. One of the best dinners my friends and I had was at a restaurant called Zizzi’s that we stumbled upon after our day at the Tower of London (another amazing and free experience provided by Arcadia). My friends often talk about a night when they were walking around looking for food, and ended up at Buckingham Palace. One of my friends was perusing Chinatown when he saw a crowd form, and he spotted Prince Charles. After a trip to Windsor Castle, my friend and I took a spontaneous stroll to the prestigious Eton College.

I will always remember these adventures, even though I didn’t know when to expect them. Life is not about perfection and planning, but rather being present.