Prague wasn't originally on my list of places to go to when I decided to study abroad. However I had heard of so many people… More

Hello! My name is Carolyn and I’m a junior at Quinnipiac University studying broadcast journalism with a minor in political science. This semester I’ll be studying abroad in London at the University of Westminster. I love watching the news, cheering on my favorite teams, and exploring. I’m super excited to share my adventures with you! 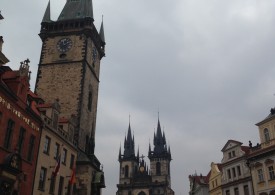 Prague wasn't originally on my list of places to go to when I decided to study abroad. However I had heard of so many people visiting there and my friend Allie, from home, and I decided to meet up there for a long weekend. Allie is studying in Greece… More 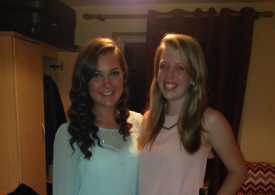 One of my very good friends from camp chose to study abroad this semester too, in Galway, Ireland. When we both realized we were studying abroad, we were so excited to be able to visit each other and I finally got the chance to! Flights to Ireland from… More 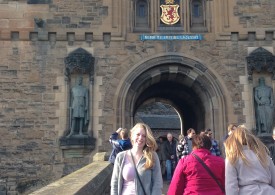 A Weekend in Edinburgh

Edinburgh is enchanting. Just the way the local Scott's say the cities name in their rolling and cherry accents is magical. Scotland hadn't been on my list of must see places when I initially wanted to study abroad here. However, after being in London… More 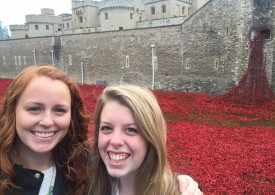 What a weekend! The great thing about studying abroad in London is that even when I’m not traveling, there is still tons to do here. On Saturday I met up with Jenna and Steve. Jenna is my sister’s best friend and Steve is her boyfriend who lives here… More 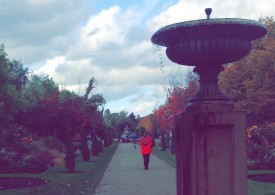 Living Without a Leash

I just finished week five of my classes, and I thought I should take some time to explain what education is like here in Britain as compared to the United States. I’m taking four classes: The Politics of Undeveloped Countries, Writing London, Global… More