These past two weeks, I was traveling! I got to see Berlin, a place I’ve been wanting to go since I started learning German… More 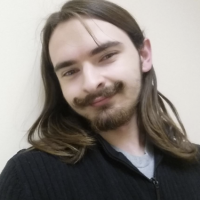 Hey all! My name’s Mitch. I’m a Junior Computer Science Major at Arcadia with a Minor in Psychology, but I’m also a huge History nerd! I’ll be studying at the University of Aberdeen this semester, and I’m looking forward to sharing a great time with you! 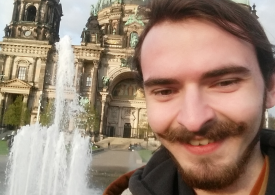 These past two weeks, I was traveling! I got to see Berlin, a place I’ve been wanting to go since I started learning German in high school, and Prague, a wonderful city with lots of history, lots of culture, and lots of amazing sights to see! I had a… More 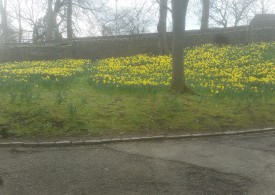 This morning, I woke up at 4:30am for no other reason than to go to the beach with a few friends and watch the sun rise over the ocean. It was beautiful. We took the scenic route to get there, exploring the bits of nature thriving in between the granite… More 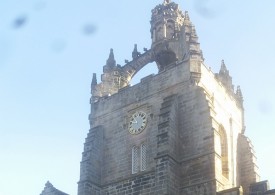 A few weeks ago, the University hosted an interfaith event with free food. This was a moderately sized crowded room in which there was a food/drink table, along with several other tables populated by representatives of various religious groups giving… More 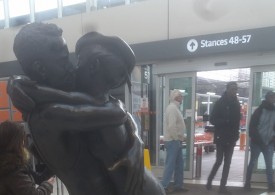 Last weekend, me and a friend took a bus to the city of Glasgow. It’s commonly known as the second-biggest population in Scotland, and the #1 in personality as well as (in my opinion) thick accents. I stepped out of the train station and immediately… More 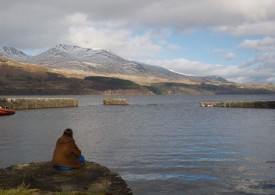 Last weekend, I took an Arcadia-sponsored trip to Firbush retreat center (owned by the university of Edinburgh) on Loch Tay in the southern highlands. It was an amazing weekend full of outdoor activities and cultural immersion. One of my favorite parts… More