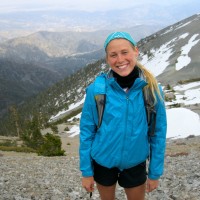 Kia ora! My name is Emma Lodes and I'm a junior at Occidental College in Los Angeles, California. I study Environmental Science with a concentration in geology, with a minor in Studio Art. I'm an editor at my school's newspaper, and some day would love to be an environmental journalist. I'm passionate about the environment and the outdoors; if I could spend every day backpacking, skiing, rock climbing and camping I would! Luckily New Zealand is the perfect place for embarking on Lord of the Rings level adventures and sharing my stories. Can't wait to share them with you all! 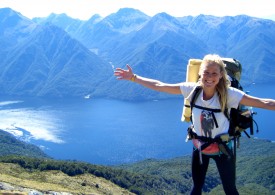 In the southwest corner of the New Zealand’s south island lies Fiordland. It’s the southernmost nob of the Southern Alps, a waterlogged region of mountains and coast that’s been gouged by glaciers, uplifted by crashing tectonic plates, and invaded by… More 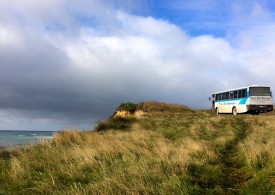 Back to the Cretaceous at the Catlins

It was like I imagine the rolling green hills of the English countryside, just after dawn. Skies cold patchy blue behind a marine layer, rising sun backlighting the clouds. Our geology mobile, a retro-looking white and blue touring bus from the 90’s,… More 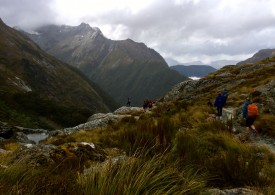 Hugging Lake Wakatipu, built among forested slopes and cradled by a mountain range literally called The ‘Remarkables’, Queenstown is a crescent of blissfully idyllic cabins, cafes, ski runs and gondolas. Some of the Lord of the Rings’ most dramatically… More 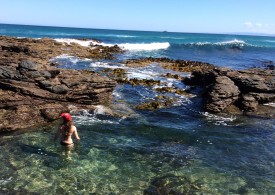 Before the earth, before the sun and the moon there was nothing but Io– a genderless, parentless energy dancing within the void. Io was, and is, the potential of the world, and the Maori spiritual equivalent to the Christian God. Within the darkness and… More 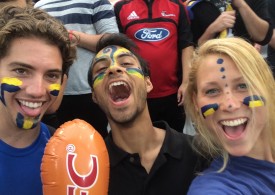 It's night, the stars are out, and a bonfire is burning wildly in the middle of the road. Green shards of glass from smashed bottles are strewn about the flames. Through a thick column of smoke, you can see that the entire street is filled with a mosh… More