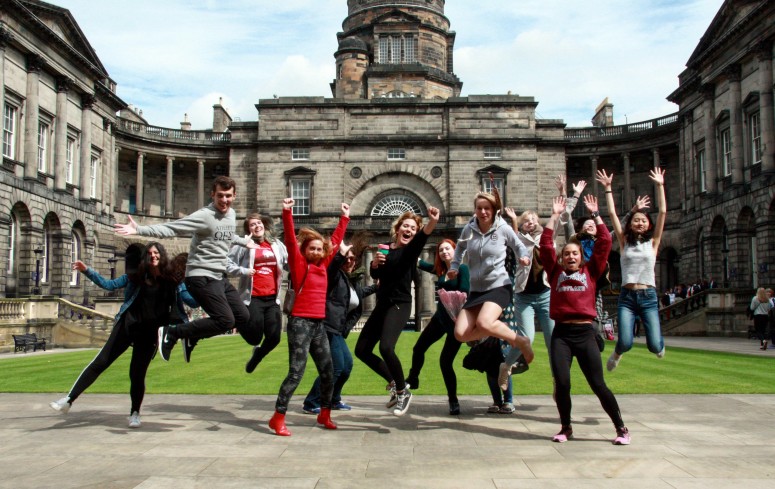 Emily Ryan from Bucknell University participated in the Scottish Universities International Summer School in 2016 with a focus in Creative Writing. Below, she writes about her time in Edinburgh and the unique opportunities the program offered her.

I spent just over two months in Scotland during the summer of 2016, during which I took a Creative Writing class through SUISS (Scottish Universities International Summer School) at the University of Edinburgh. I heard about SUISS while looking for summer study abroad programs through Arcadia University’s College of Global Studies. Many of my peers at my own university had gone on semester-long Arcadia study abroad programs, and really enjoyed their experiences. As a creative writing major in college, I wanted to find a program that would challenge me, while also providing the opportunity to explore fiction writing in a new and exciting environment. My experiences in Scotland, and specifically the weeks in which I was enrolled in the SUISS Creative Writing course, are ones that I will never forget, and this program definitely exceeded any expectations I had about my time abroad.

Having the opportunity to work on and improve my writing through this program was incredibly inspiring. Scotland—the city of Edinburgh as well as the Highlands, which I had the opportunity to visit—provided the ideal setting to write fiction and develop new story ideas. It was on a weekend trip to Glencoe, in fact, that I got the inspiration for a longer novella that I began writing during my time abroad. I really enjoyed the structure of the course, which was divided into classes and workshops, seminars, and writing days. My professor, Defne Cizakca, was phenomenal, and she challenged us to push our writing in new directions, as well as to think critically about the work of our peers. The short writing exercises Defne had us complete during class helped me to view fiction writing as a skill one must constantly train, develop, and stretch. In addition to our classes and seminars (which included visits from authors), a great deal of our learning took place outside the classroom, in which we explored Edinburgh and its surrounding locations as a group. Some of the most memorable of these excursions including a trip to Little Sparta, a garden outside Edinburgh that contained poetry in sculptural forms; Rosslyn Chapel; and Jupiter Artland. The Edinburgh Fringe Festival was also just beginning to heat up during my final month in Scotland, and the city was alive with performers and artists. On one of my last nights in the city I was able to see the Military Tattoo with another SUISS student, which was a fascinating experience. 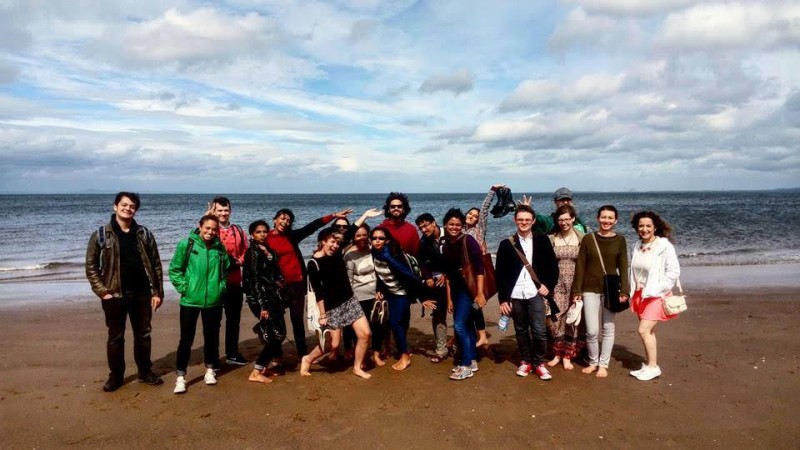 One of the most memorable components of my time with SUISS was the friends that I made through the program. This program not only introduced me to other Americans who shared a love for literature and writing, but to students from around the world, who all came to Edinburgh to take part in the program. Although we had only recently met, I traveled around Scotland, the UK, and Ireland with these friends on weekend trips, and they became my writing companions. We would often sit in the Meadows (a large park in Edinburgh), or in one of Edinburgh’s many cafes to work on our pieces (The Elephant Café, where JK Rowling wrote Harry Potter, was one of our favorites!). SUISS also gave me the opportunity to read a short story of mine at a reading at a local pub that also featured two published authors, which was an incredible experience. My newfound friends were my biggest cheerleaders during this event. 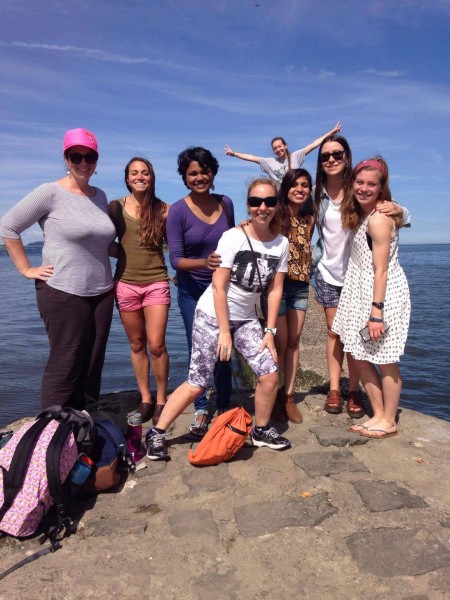 In addition to the great academic and personal experiences I had while abroad, everyone from both SUISS and Arcadia was incredibly kind and made me feel at home. Both Arcadia and SUISS were also very organized, for example, each student was given a calendar of group excursions and events, and logistics (such as accommodations) were all handled very smoothly. We also had two student guides who were previous SUISS students, who helped everyone become acquainted with the area. They also organized trips and events for us such as two Ceilidh dances (Scotland’s traditional dance). My experience in Scotland is one that I will always cherish, and I would strongly recommend this program!