Dear Students, It has been a tumultuous and crazy semester.  This is the second farewell I am sending after the other hasty… More 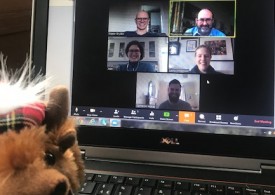 Dear Students, It has been a tumultuous and crazy semester.  This is the second farewell I am sending after the other hasty message we sent back in March which feels both like no time ago - yet forever.  I would like to share our virtual zoom farewell… More

We were really happy that we had so many entries for the Scotland Awards this semester, especially given all the disruption caused by the Covid-19 outbreak. So thank you everyone who entered the contest, as we really enjoyed seeing what you had been up… More 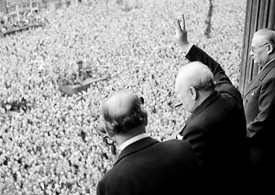 Seventy-five years ago this Friday the Second World War ended in Europe. Although the Empire of Japan fought on until August, and only surrendered after the bombing of Hiroshima and Nagasaki, for many Britons 8th May 1945 marked the real end of the war… More 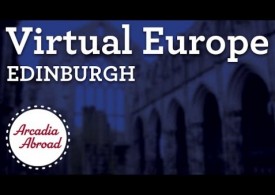 Scotland is delighted to be offering three online courses in Scotland as a part of Virtual Europe including a Scottish History and Museum Studies Program.  Hear Dr Joan Haig, Dr Cameron McKay and Dr Hamish Thompson talk about their courses. We very much… More 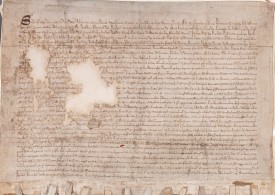 The 700th Anniversary of the Declaration of Arbroath

This Monday marks 700 hundred years since the writing of the Declaration of Arbroath, a document that is widely believed to be the most important in Scotland’s history. Debated by historians, and quoted by politicians, the ‘Declaration’ was actually a… More