Explaining Groundhog Day and Finding a Date for Delores: The Other Side to Life as an Intern 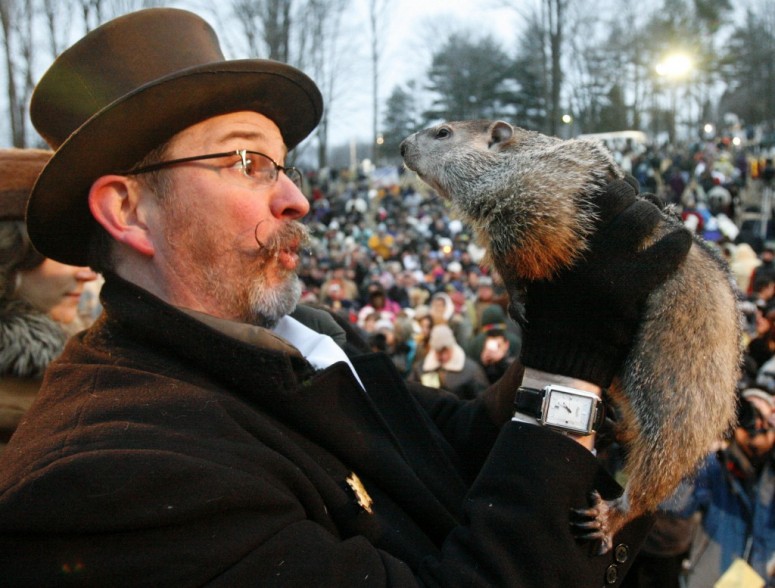 It is also an opportunity to immerse oneself into the fabric of British life through interactions with a variety of people. These experiences foster trans-cultural relationships, in addition to providing anecdotes that will be told for years to come. Here are a number of stories from our current crop of interns.

“As a part of my internship, I get to meet the councillors and volunteers from the local Labour Party. I met a 74 year-old volunteer named Dolores a few weeks ago, and we quickly became friends. This past week, she asked me to take her clubbing so that she could find a new man, but she clarified that he has to be in her age-range, so she suggested a local club that's attached to a bingo parlour.”

“Working in Parliament has truly been an interesting opportunity. No two days are the same. Most people view politicians as other worldly beings, refusing to believe that a politician is just a regular person. I have definitely seen this while working for my MP. While most of my responsibilities involve responding to constituent queries and drafting press releases, some of my tasks showed how politicians are just like you and I. My MP loses everything. I've had to track down his wallet, keys, or ID badge on numerous occasions. It's a humbling thought that a man, who is doing so much in service of his country, still misplaced his wallet."

"I am the only American in my office, so I am constantly asked very random questions about the United States. Most of the time, they ask me to explain American politics, but more enjoyably, I am asked about random bits of our culture. A few weeks ago I was asked to explain the significance of Groundhog Day, and just yesterday I was asked why students only drink out of red plastic cups at college parties."

“During my internship I have made a friend of sorts in the most unusual of places. Every morning on my commute to Twickenham, I see a bearded man named John. John works for construction of a school in Twickenham, which is scheduled to be done next fall. After the first three weeks of us taking the same commute, I decided to engage him in conversation. We chatted about our commutes and what we were up to, ended up sharing an orange. Now, every time on my way to work, I grab an orange and two coffees, we don’t talk, maybe a nod and smile, we just quietly share the commute.”

“During one of the many breaks in the work flows one my co-workers offered a Kit Kat bar to anyone who wanted of course since the whole office wanted it the fight for the candy bar turned into a brief head or tails competition. In the end I won but decided to share it with the three other co-workers which meant cutting the candy bar with a kitchen knife. (Something I never thought I'd have to do) Everyone was appreciative about the much needed blood sugar boost. (We love candy at our office).”

If you want to help Delores find her date or create your own memories, check out our London Internship Programmes - (Spring & Fall) & (Summer).