Jaume is the Director of Spain programs, and is located at the Barcelona Center. 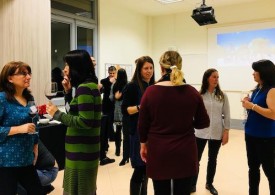 The Arcadia University Barcelona Center celebrated an Open House on Thursday, November 8th, coinciding with the CIEE Annual Conference in Barcelona. We had the pleasure to have with us, Lorna Stern, Vice President of Arcadia University and Executive Director… More

“A country’s cuisine is its landscape in a cooking pot.” - Josep Pla, Catalan journalist Arcadia Barcelona Center staff and faculty and Arcadia vice president Lorna Stern, are hosting an Open House reception during the CIEE Conference on Thursday, November… More 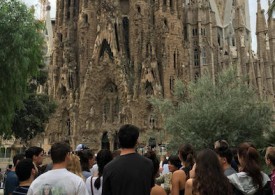 Our students have come, seen, and already conquered Barcelona! The week of orientation ended with a great tour of Barcelona´s most attractive sights: we started at the Passeig de Gràcia, Barcelona´s equivalent to NYC´s Fifth Avenue or Chicago´s Magnificent… More 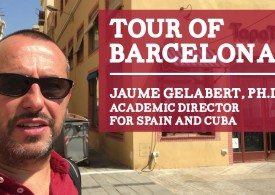 Bareloneta - It's all in the attitude!

Barceloneta (little Barcelona in Catalan) is one of those true authentic, old time Barcelona neighborhoods. The neighborhood was born in 1753 and from its beginnings it hosted fishermen, industry workers as well as employees of the shipyards that were… More 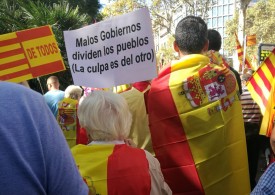 Some Context for Barcelona

As is a well known fact, Catalonia celebrated an unofficial referendum last Sunday, October 1st. Although the intention of voters was to be able to peacefully exercise their right- even while knowing that the results would not be admitted by the Spanish… More