Dale Mittleman, Villanova student, Arcadia in Rome - Fall 2016 Contexts are important, not only because they embed specific… More

Dr. Kynourgiopoulou is a book reviewer for several publications on architecture, design and cultural heritage studies. Her archaeological field work concentrates in North Africa and the Middle East where she specializes in sustainable tourism development in underdeveloped countries. 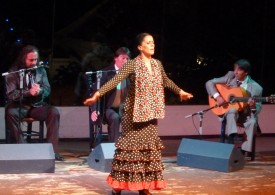 Dale Mittleman, Villanova student, Arcadia in Rome - Fall 2016 Contexts are important, not only because they embed specific phenomena in more general historical, urban, political, artistic or economic circumstances, but mostly because they themselves… More 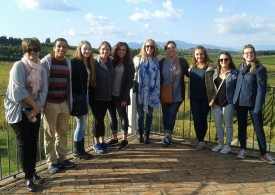 We must approach everything in farming with the conviction that in order for the whole thing to work, we need to understand the relationship between our physical bodies, the environment and nature” - Steiner 1924/1993 If we look back at history, we… More 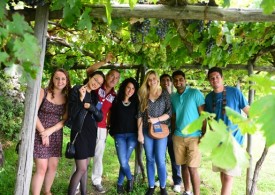 Investing in Wine and Tradition in Campania

Academic Excursion of International Finance course By Prof. LUIGI TOCCHETTI Campania is the "shin" of Italy's boot, anchored by its capital, Naples. Its name comes from Campania Felix, a Latin phrase roughly meaning "happy land". The region has strong… More 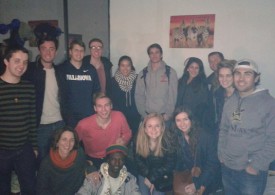 Fundamental Rights and Cultural Diversity in Rome By Professors Stefania Gialdroni and Vicky Kynourgiopoulou Once upon a time, the Eurostar Roma Congress Hotel was an elegant, business-oriented hotel in the neighborhood of Tor Sapienza, in the eastern… More 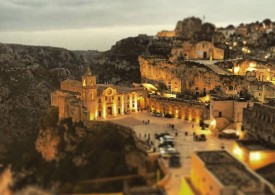 Discovering the South of Italy

Academic Excursion to the Southern Italian town of Matera By Professors Marta Perrotta and Ben Scribner Matera was one of the first human settlements in Italy, and among the most active filming locations in the country, chosen by Pier Paolo Pasolini… More