Meet the Team in Australia

Australia programs have been suspended for Spring 2021. Students are encouraged to apply for a future term or to consider an alternative program for the spring.

Study abroad in Australia with Arcadia will expose you to a colorful fusion of languages and culture, and a way of life that has been shaped by the environmental strengths and limitations of the vast Australian landscape. Since 1996, Arcadia has been offering many different programs in Australia, including semester, summer and J-term programs and internships. Our staff in-country support you along the way on everything from health and safety concerns to academic guidance and settling in to local life. Arcadia staff also organize exciting and culturally eye-opening excursions and events to highlight the famous and the lesser-known corners of this curious country.

Most Arcadia students are attracted to Australia’s unique environment, its flora and fauna, the prospect of field studies on the Great Barrier Reef or on one of the many untouched beaches. Some students know that the Indigenous Australian Peoples are the world’s oldest living culture going back at least 50,000 years. Some know about the beginnings of settler society, colonies of convicts and global imperial contexts. Today, Australia is one of the wealthiest countries in the world with sophisticated cities that are consistently ranked among the top 10 of the world's most livable places.

Australia is home to people coming from many cultural traditions with diverse languages, religions and festivals. It is a nation of sports-lovers, but also has a deep-rooted artistic edge and a wealth of academic opportunity in its many high-ranked schools. Due to its location in the South Pacific, Australia has very close ties to Asia, which greatly influences the country's history, economics and culture.

Arcadia challenges you to think differently about yourself and your studies both in Australia and once you return home.

Many aspects of my life abroad pushed me outside of my comfort zone, and it made me appreciate how unique every country and culture is. ”

Getting Ready To Apply 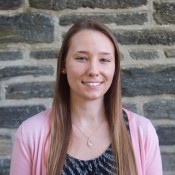