Associate Director of Arcadia in Barcelona

Sílvia Serra coordinates the Spanish language program, works to develop new curricular and co-curricular initiatives, and is responsible for the oversight of the daily operations of the Barcelona Center. 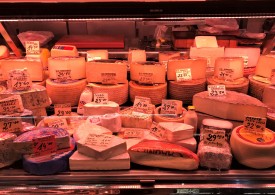 Spain is well known for its vast variety of cheeses from fresh to cured, fermented to blue-veined, from cow’s, sheep’s or goat’s milk or a mixture of all three. A paradise for cheese lovers with 13 cheeses with Denominations of Origin in Spain! Cheese… More 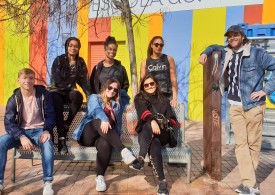 The Photography class students went last weekend to Sabadell, one of the largest suburban towns in Barcelona. A city of over 200,000 inhabitants, Sabadell was known in the past as the “Catalan Manchester” due to the proliferation of textile factories… More 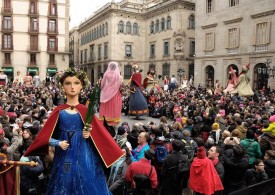 From February 9 to 12, the streets of Barcelona get filled with festive traditions to celebrate the Feast of Santa Eulàlia, the co-patroness of the city. It is a great opportunity to discover the most popular Catalan traditional culture learnt in class… More 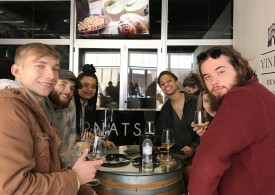 The field trip arranged for the course Gastronomy and Culture in Spain this semester consisted of a visit to the first wine museum in Spain: VINSEUM Museum, which first opened in 1945. This was followed by a visit to nearby Adernats winery, where our… More 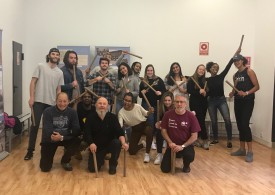 This week, as part of the Cornerstone courses, students participated in a guided visit to Casa dels Entremesos. This is a specific center of production and dissemination of the wealth of traditional Catalan folk culture that provides the public with… More