By Angelica Salazar, Resident Director for Cuba programs Arcadia University welcomes last month’s announcement by the U.S. Department of State that the travel advisory for Cuba has been downgraded from “Level 3: Reconsider Travel” to “Level 2: Exercise… More

By Kara Amoratis, Assistant Director of Health, Safety & Security Earlier this year I was able to attend the bi-annual PULSE meeting; PULSE is an organization of full-time health and safety professionals at higher education institutions in the U.S. and… More

According to a survey of Arcadia students in Barcelona, 92% had learned a lot about the issues regarding the possible independence of Catalunya from Spain, 96% of them felt very safe in the city, despite the civic unrest, and 92% would strongly recommend… More

From the Arcadia Greece Blog. More

Update on Activity in Cuba

The U.S. Department of State has issued a travel warning for Cuba in conjunction with an order of departure for non-essential U.S. Embassy employees and families in light of recent mysterious sonic attacks involving U.S. diplomats in Cuba. There have… More 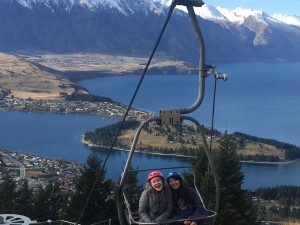 A Student Blog About Mental Health in New Zealand

Lulu Peach, a Temple University Student who is currently studying abroad with Arcadia at the University of Otago, wrote an excellent blog about her positive experiences with New Zealand's academic system and its difference with the American system. "Prior… More

The College Responds to the Barcelona Tragedy

We are deeply saddened by yesterday’s horrific events in Barcelona and Cambrils, Spain and share our deepest sympathies with all those affected. Arcadia’s staff, faculty, and Center in Barcelona have not been impacted by this incident. Arcadia has no… More 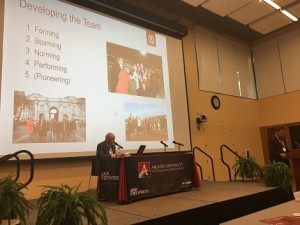 3rd Annual Meeting of The Guild

A Note from Arcadia's London Director

The Arcadia London Center opened as normal on Monday following the awful events of Saturday night in the London Bridge area. All classes and class activities continued as scheduled – with the one exception being the cancellation of an orientation visit… More

We at Arcadia University are deeply saddened by the horrific attack in Manchester, U.K., earlier this week and share our deepest sympathies with all those affected. In the immediate aftermath of Monday’s attack, Arcadia University staff confirmed the… More