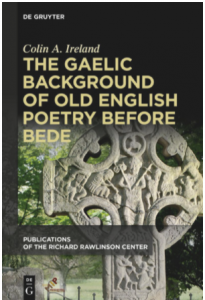 A generation of students experienced Ireland with Arcadia Abroad under the culturally engaged and academically rigorous guidance of Director Emeritus Dr. Colin A. Ireland, who joined Arcadia in 1992. These same alumni may recall his passion for Celtic and Medieval Studies and his continuing work as an active scholar in his field. Dr. Ireland has published widely in many areas, including Anglo-Saxon literature and culture, Early Medieval Ireland, and hagiography, amongst others.

Dr. Ireland's most recent publication, The Gaelic Background of Old English Poetry before Bede, as part of the Richard Rawlinson Center Series (Berlin: De Gruyter, 2022), is a study of professional poets (filid) who earned high social status through formal training in the seventh century.  The poets, in cooperation with the Church, created an innovative bilingual culture in Old Gaelic and Latin. The work is considered ground-breaking in its study of the transformations effected by the growth of vernacular literatures and bilingual intellectual cultures. 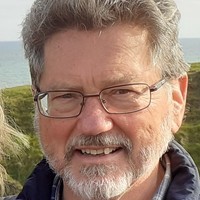 In addition to working in International Education for several decades, Dr. Ireland was also a lecturer in Old and Middle English at University College Dublin. His books include Old Irish Wisdom Attributed to Aldfrith of Northumbria: An Edition of Bríathra Flainn Fhína maic Ossu (Tempe, AZ, 1999), as well as two volumes of essays, as co-editor alongside Maria Tymoczko.

Among more recent publications is the highly influential article, "Lutting of Lindisfarne and the Earliest Recorded Use of Dionysiac Anno Domini Chronology in Northumbria." The article appears in Peritia 31 (2020, 147-163), and explores the earliest confirmed use of AD dating in Britain and Ireland.

Dr. Ireland also reviews other publications in his field. His most recent review appears in Speculum 97/1 (January 2022, 239-41), of Oisin Plumb's Picts and Britons in the Early Medieval Irish Church: Travels West over the Storm-Swelled Sea. (The North Atlantic World, Land and Sea as Cultural Space, AD 400-1900 vol. 2; Turnhout: Brepols, 2020).