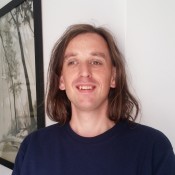 Morgan Daniels holds a Ph.D. from Queen Mary, University of London. His work focused on the effects of “antiestablishment” BBC comedy on politicians, the public and broadcasting values circa 1939-1973. He also holds a Masters in Twentieth Century British History from Queen Mary, University of London. His teaching and research interests include Britain in the nineteenth and twentieth centuries; constitutional history; theories and histories of comedy and satire; British and American radio, television and film; and queer history/theory.

Who is a biting satirist?, Unofficial Histories, May 2012, Bishopsgate Institute.

Ken Tynan’s “That Word” file, and what I found there, Picture This: Postcards and Letters Beyond Text, March 2011, University of Sussex.

That Was the Week That Was and religious values: a duty dance with denigration, The Horror, The Humour: Satire and Dark Comedy in a Postmodern World, October 2010, University of Lincoln.

Notes towards a historical materialist appreciation of humour, Histfest, May 2010, University of Lancaster.