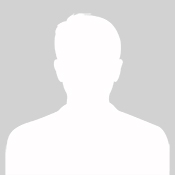 In addition to teaching International Political Economy on the Business and Political Economy (BPE) Program at the Stern School of Business, New York University, Dr Jyoti Saraswati is Director of the Beyond the Developmental State Working Group for the International Initiative for the Promotion of Political Economy (IIPPE). His research is primarily focused on the political economy of emerging markets in Asia, particularly as it pertains to capital formation in, and the emergence of transnational corporations from, India and China. He is author of Dot.compradors: Power and Policy in the Development of the Indian Software Industry (Palgrave Macmillan, 2012) and co-editor of Beyond the Developmental State: Industrial Policy into the 21st Century (Pluto Press, 2013) and publishes regularly in prominent academic journals and respected news outlets including Economic and Political Weekly,Third World Quarterly, Development Viewpoint, and Open Democracy.

Prior to entering academia, Dr Saraswati worked across public and private sectors in both the UK and Japan and continues to write for, and provide consultancy to, a number of major international organizations and private corporations, including the European Commission, World Bank, and the International Institute for Asian Studies. Most recently he has been working with the European Commission’s Lifelong Learning Program in devising an International Political Economy course for the EC-funded Masters in Global Governance and Sustainability to be offered at universities across five European countries from 2014 onwards. Dr Saraswati has also taught at the Department of International Development, Oxford University, and the School of Politics and International Relations, Queen Mary, University of London. He is currently writing an international economics textbook centred on presenting a practical, rather than theoretical, guide to the structures of, and system within, the global economy.