The South African Way of Life

Excursions and Cultural Immersions "A people without the knowledge of their past history, origin and culture is like a tree without roots." - Marcus Garvey There is a movement happening in Cape Town… More

South Africa programs have been suspended for Spring 2021. Students are encouraged to apply for a future term or to consider an alternative program for the spring.

Where in the world can you in one day plunge into one of two oceans, hike up a mountain, visit a vineyard to taste world class wines, pat a lion cub or stare at a bull elephant? The answer is South Africa and particularly, Cape Town. Arcadia has been offering study abroad programs here since 2007, matching academically rewarding curricula with exceptional experiential education.

One of the most distinguishing aspects about life in South Africa is its breathtaking amount of diversity, both in terms of its culture and in terms of its physical environment. Few other countries can claim to be the natural habitat of such a wide range of animals, from hippos to dolphins and from zebras to penguins.

When you’re there, you can explore many different dramatic landscapes, from the Kalahari Desert to Kruger National Park’s wildlife-stalked savannah, to the iconic Table Mountain and Cape Point’s enchanting beaches.

Since the end of Apartheid, South Africa has strongly embraced its unique multicultural character, which is now integral to its national identity. Its status as a “rainbow nation” is especially clear to those traversing the urban center of Cape Town.

South Africa's evolution to democracy has seen the implementation of a new constitution, new educational policies, new economic priorities, new health challenges and a reintroduction of South Africa to the world stage. It is a nation experiencing an incredible amount of growth, being the continent’s second largest economy (and 28th in the world).

I now believe that I am capable of almost anything if I set my mind to it because I went through the experience of living abroad for an extended period of time in a developing country. ”

University of the Western Cape

Getting Ready to Apply 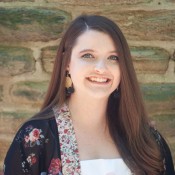