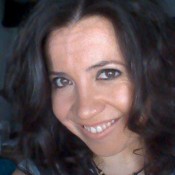 Yolanda Hidalgo was born in Granada.

Her research area is how to work with literary texts in the language classroom, considering texts as a real sample of language and a source of culture.

As an instructor of Spanish since 2008, she loves teaching grammar and culture, finding these two disciplines closely related. In her opinion, language is a representation of culture and cannot be understood without its surrounding historical and cultural contexts.

As a lover of the city where she was born, she shows high interest in the Muslim past of Granada and the effects of this in the presence of immigrants in the city nowadays.

What she loves the most about teaching is witnessing how students learn to interact with language in a proper way according to the cultural environment, which leads them to live a unique experience in Granada.