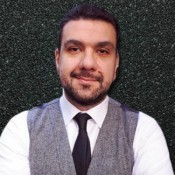 Dr. Nicholas Rossis is currently teaching Political Economy of Terrorism: Analytical Perspectives from the Middle East. He studied European Studies and International Relations and holds an MA in Middle East Politics (Exon) and a PhD in Middle Eastern and Islamic Studies from the University of Durham. He has given manifold seminars in several universities including the University of Durham, Huron and Athens University ranging from Islamic Jurisprudence to Risk Analysis and EU-Middle East economic relations. He has also been a research associate for the Institute of International Economic Relations and the British Ministry of Defence on issues related to the finances of ISIS. His work on Lebanon has been featured in several governmental Policy Briefs on corruption and in a United Nations publication profiling Lebanon.