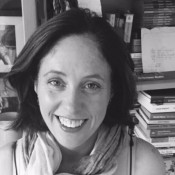 Awarded Master’s degree with distinction from King’s College London, and the Royal Academy of Dramatic Art, Louise has taught drama for six consecutive semesters at university postgraduate and undergraduate level. As lecturer and academic supervisor, she delivers lectures, seminars and practical workshops with an emphasis on the contemporary practice of theatre combined with text analysis and theory. In addition she works in the field as a literary agent representing playwrights, screenwriters and authors of contemporary fiction and theatre studies, with titles that include Essential Acting (Routledge). Throughout her ten years of professional acting practice in the UK Louise has worked and studied under established and emerging practitioners including Howard Barker, Stephen Jeffries, Annabelle Arden and Max Stafford-Clark.