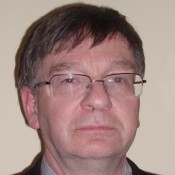 John Eversley has also worked at senior Lecturer/Senior Research Fellow in UK universities for more than twenty years John is based in Northern Ireland most of the time where he works on public policy and management development, education and training. He is also Managing Director of a not-for-profit company, ppre CIC.

He will be at Arcadia in London, in the summer of 2018 to teach Health, Medicine and Society which looks at the NHS in historical and contemporary contexts. His past work has included working for the voluntary sector, trade unions, local government and the NHS and in Higher Education. His history teaching and research have covered the evolution of public services including public health and social care, general (medical) practice and psychiatry.

John has been involved in a number of activities relating to the history of health and health care.

History specific ones, listed below. Other publications listed at ppre resources

Eversley, J. (2014) Is there an Emancipatory Psychiatry? In Moodley, R. and Ocampo, M. Critical Psychiatry and Psychology -Exploring the work of Suman Fernando in Clinical Practice. London: Routledge.

Eversley, J. (2007): Interview with Swadhinata Trust on Bangladeshi community in Tower Hamlets in the 1970s available at http://www.swadhinata.org.uk/oralhistinterviewee30.htm

Winkelmann-Gleed, A & Eversley, J Salt and Stairs: A history of Refugee Doctors in the UK and the story of Dr Hannah Hedwig Striesow in Refugee Doctors: Support, development and integration in the NHS Eds: Jackson, N. and Carter, Y.) Radcliffe Medical Press, 2004.