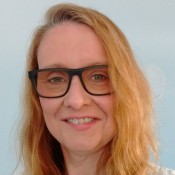 Hilary Smith is a film lecturer, curator and administrator. In addition to teaching Contemporary British Film for Arcadia, Hilary is an associate lecturer and academic advisor in film studies at Birkbeck, University of London. She also presents film courses at Bishopsgate Institute and has taught at City University London and Imperial College London.

Hilary’s background is in public sector arts management and curation. She is the former Programme Planning Manager and Deputy Head of BFI Southbank (previously known as the National Film Theatre), the cinémathèque arm of the British Film Institute. She has also worked for the London Film Festival, Whitechapel Gallery and Arts Council. Hilary has curated numerous film seasons and managed the delivery of high profile retrospectives such as the BFI-wide programmes on Jean-Luc Godard and Luchino Visconti and the first major survey in the UK of post-revolution Iranian cinema; for the latter season she also co-ordinated the publication Life and Art: The New Iranian Cinema. She has hosted on-stage interviews with film-makers and actors, and written and broadcast on various aspects of cinema.

Hilary has diverse specialist interests in film, reflecting her cinémathèque background working across a breadth of cinema past and present. She lectures widely on cinema, encompassing film language, theory and history; aspects of various national cinemas; the oeuvres of major film-makers; and genre studies, in particular the permutations of film noir. Hilary holds a BA in Fine Art from Reading University, a Diploma (with Distinction) in Film Studies from Birkbeck, University of London and an MA (with Distinction) in Film Studies from the University of Westminster. In 2013 she received a Distinguished Teaching and Scholarship Award for ‘an outstanding contribution to teaching and learning’, and in 2017 she received an award from Birkbeck Students’ Union for her teaching and pastoral support.