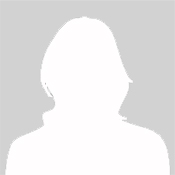 Eirene Efstathiou is a Greek-American who was born and raised in Athens. She studied painting at the School of the Museum of Fine Arts, Boston, where she received her Studio Art Diploma and Tufts University where she received her BFA. Efstathiou was awarded the Albert Henry Whiten Traveling Scholars Grant from the School of the Museum of Fine Arts in 2004 at which time she returned to Greece. She is currently a MFA candidate at the Athens School of Fine Art. She has participated in numerous group exhibitions in Greece and the United States. Most recently, the Portland Biennial at the Portland Museum of Art, Portland, Maine, and the exhibition Selective Knowledge in collaboration with ITYS Institute for Contemporary Art and Thought in Athens and the 2009 DESTE Prize at the Museum of Cycladic Art in collaboration with The Deste Foundation, Athens. Her work is represented in public and private collections in Europe and the United States.