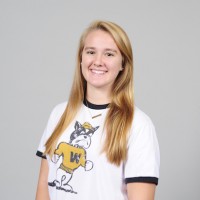 So, like most students crammed into a small living space with many other young people, there comes a time where sickness and disease spreads. Last week, right after I got back from break, the sickness hit me. There definitely are going to be ups and downs whilst abroad, but I didn’t expect such a low after such a high as our break was. But I took care of myself nonetheless and worked through the sick days. Yes, they were no more fun in New Zealand than they are at home (in fact, it might have been worse being away from close friends and family) but I definitely learned some about myself and moved on with my life. I spent much of that time doing chores and taking care of housekeeping items. As much as I do not want to admit it, I leave New Zealand fairly soon, so I need to take care of the upcoming summer and fall semester.

Once I began getting over my sickness, I went out to see Endgame with two of my flatmates. We had a great time and really enjoyed the movie. It was also pretty neat to experience the theater in a different country. The walk to the octagon (the center of the city) was definitely worth it (it takes around half an hour, crosswalks and lights depending.) I also had an assessment in my Māori 108 class on the Waiata-ā-ringa that we have been working on. This song was about how the most important thing in the world is people. It’s a fun song, and we had choreographed actions to go with the words. I feel really good about the performance, and I am now working on solidifying the poi.

I also had the first of two tests for my Māori 110 class. We had to go into a classroom at 5 pm to log on to the online source, Blackboard, and take a 30 question test. I did really well (it graded it automatically), and I am glad that I over-prepared for the test because now I feel as though I do not need to stress about the next test as much. Friday was a beautiful day and a couple of friends and I drove to the beach to watch the huge waves. That night I made breakfast for dinner with some other friends, and we stayed in and watched Freaky Friday and just had a fabulous girl’s night.

On Saturday, Arcadia hosted a Kiwi kai and catch up. We met at noon and walked over to Bridgid’s (a friend of Arcadia) house. She gave us some history of some traditional kiwi foods, and then we got to eat some sausage and cheese rolls. L&P was served with the rolls since it is a traditional New Zealand fizzy drink. We then had a little Pavlova decorating competition. We got to eat the delicious Pavlova after we decorated them, and Bridgid also introduced us to pineapple lumps and eskimos– both candies that I have never tried before.

That night, I went to a tailgate with a lot of friends, and we headed to the rugby game. The Highlanders were playing the Chiefs, and it ended in a draw. The atmosphere at this game was fun as always, and I really enjoyed watching the game. There was a really weird halftime show with guys dressed in white doing some ballet (?) dance sort of thing, but I have come to accept a little weirdness here.

I am looking forward to the next couple of weeks and am excited to get back into the swing of things. We only have four more weeks of classes, and I cannot believe it. It is starting to stay consistently cold outside now, so I have to layer up a bit more than I am used to, but it still is not terrible. I am ready for the new week and cannot wait to see what it will bring!