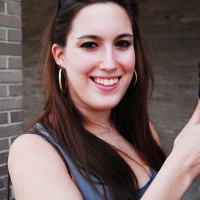 Traveling in Australia has been one of my main priorities during my study abroad experience. I feel like at this point, I’ve traveled more in this country than in the United States! Recently, I’ve taken a trip to Sydney and an Arcadia arranged trip to North Stradbroke Island. Later this week I‘m embarking on a 10 day adventure to New Zealand, but I want to talk a bit about some of the shorter weekend trips I’ve been able to do while I’m here!

Taking long weekend trips is one of the best options when you’re traveling abroad and still have class during the week. Traveling in Australia usually requires air travel, since everything is pretty spread out here. It’s strange to think, but Australia is about the same geographical size as the United States! From Brisbane, it would take about 12 hours to drive to Sydney, which is in New South Wales. However, the flight only took about an hour and a half. It’s funny how accustomed I’ve become to the airport environment and air travel.

Sydney was truly the first solo adventure that my friends and I planned by ourselves. Sydney is a great city to visit - it contains some of the most unique Australian landmarks, such as the Sydney Harbor Bridge, Sydney Opera House, and Darling Harbor. About an hour outside of the city lies the Blue Mountains, named for their bluish tint caused by sunlight interacting with eucalyptus oils. I was able to climb in and out of Wentworth Falls, an intense physical challenge which included some great sights and beautiful native plants and animals.

Just last weekend, Arcadia arranged all of the study abroad students in the Brisbane / Gold Coast area to attend a free getaway weekend on North Stradbroke Island. To make a long story short, it was amazing. Mazz, Cat, and Patrick (all Arcadia coordinators) were a great team to lead us all on a fun and adventurous holiday. We dined at a local bowls club, had an informational session with an Aboriginal person (and attempted to throw boomerangs with mixed results), sandboarded, kayaked, and even had a surf lesson. The group was able to see dolphins at sunset and take a breathtaking nature walk through indigenous fauna and over an impressive ocean gorge.

By the end of each of these trips, I was glad to get back to Brisbane. After more than two months living here, this city is my home away from home, and I'm always anxious to get back to the comfort of the place I've grown to know and love. 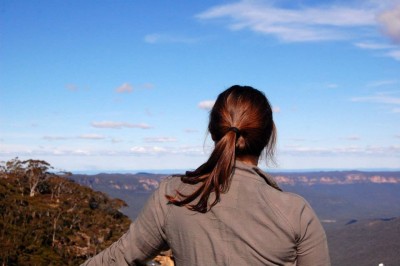