Weekend Trip to the Highlands 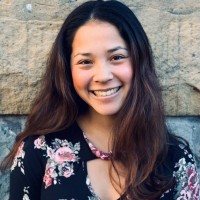 When considering studying abroad in Glasgow, it's easy to think about the accessibility to so many other cities and countries. While traveling outside of Scotland can be amazing, don't forget about what this country has to offer only a couple hours away from your accommodation! I am so happy that I chose to go on one of Arcadia’s weekend excursions to the Highlands. Here’s what my weekend looked like!

After taking a short train ride to Stirling, I left with the group (44 other American students) on a coach bus and we began our adventure north. When we passed a couple of Highland cows in a field, we shrieked with excitement, and because of this, Laura, one of Arcadia’s student services officers, requested to our driver that we stop to visit and pet some highland cows.

We pulled into a small parking lot and were told that we had exactly 10 minutes to meet the highland cows. When we stepped off the coach, we bolted towards the fence. There were three large highland cows right in front of us, with only a small wire fence as a divider. Surely the highland cows were enjoying the attention of the many faces admiring and “cooing” over them. A man handed my friend a handful of large carrots and potatoes, which she then passed out to us. I gently held out the carrot through the fence towards the brown and orange fluffy animal. It leaned towards me, and then its tongue shot out of its mouth while its eyes lit up, fetching the carrot from my hand. I squealed with delight, and then reached my hand out through the fence and pet the fluffy but coarse fur of the cow’s face. Already, this trip was off to a great start.

A couple of hours later we made it to the Oban Distillery where we spent the next hour touring the facilities and learning how whiskey is made. As soon as I stepped in the door I was hit with the overwhelming smell of whiskey. A glass was passed around and we all took turns smelling it, attempting to make out the subtle hints of orange peels, barley, sea salt, and honey, yet most of us weren’t able to. With practice, we were told, the skill would come. Making whiskey is quite a process, involving many steps such as malting, mashing, fermenting, distilling, etc. I learned that Scottish whiskey is matured in oak casks because, over time, the liquid draws out the color and flavor from the wood and ends up being its golden color. A lighter-colored whiskey means it is younger because it spent less time in the cask. At the end of the tour, we were given the chance to try Oban-14, which is one of the most popular whiskeys, distributed almost all over the world. Our tour guide told us to smell the whiskey twice before sipping it. Since most of us aren’t accustomed to such strong alcohol, the first smell would be overwhelming, yet with the second one, we would start to adjust. After this, the tour guide recommended that we try a small sip and let the flavor sit on our tongue for 14 seconds (If the whiskey was 16 years old, then 16 seconds). I tried this technique but oh boy, it was overwhelming the whole way through. Nevertheless, I was happy to be partaking in such a classic Scottish drink.

The next morning we woke up early, had a light breakfast at our hostel, and embarked for the day’s adventures. Our first stop was to the Glenfinnan Monument. This 60-foot-tall tower was built on the shore of Loch Shiel in commemoration of the Jacobite rising beginning here in 1745. It is also right next to the Glenfinnan Viaduct, which is the railway that was used in filming four of the Harry Potter films. Once again, we ran off the coach towards the water, and an employee let 6 of us at a time climb up the stairs of the monument. The steps were small and I found myself holding onto the railing the whole time. At the top of the staircase, I climbed through a small trapdoor and popped my head out into the brisk air. The view of Loch Shiel was breathtaking, as I overlooked the water, mountains, and Viaduct. After coming down, we walked over to the Viaduct and took a small walk up to see where the trains pass through. Although we were disappointed that there were no trains coming that day, it was extremely exciting to see exactly where the “Hogwarts Express” would have driven by.

Next, it was time to drive to the infamous Loch Ness and Urquhart Castle. Loch Ness is the second largest loch in Scotland, but the deepest loch in the British Isles. However, most importantly, Loch Ness is famous for sightings of Nessie, the Loch Ness monster. On one of the many shores of Loch Ness lies Urquhart Castle, which was built in the 13th century and involved in the wars for Scottish independence. I explored the many different sections of the castle, such as the guard's rooms, the latrine, the prison cell, and the kitchen. I tried to imagine what it had looked like centuries ago when people cooked vegetables and grains for meals and could only reserve meat for the wealthy. I climbed up a narrow and windy staircase to overlook the loch, scanning my eyes and desperately searching for Nessie. I’d like to think she was there, hanging out underwater, maybe just feeling shy.

From the castle, we continued on to the site of the Battle of Culloden. In 1746, the Jacobite army went up against the British in a bloody, bloody battle that only lasted about an hour. The site included a museum depicting the different sides of the story, the remains that were found on the battlefield that clued historians into what exactly had happened, and the battlefield itself. I spent some time reading the stories and was especially intrigued by a reenactment of the battle. This short film was shown in a room with four screens, one on each wall, which really made me feel like I was standing in the middle of the battlefield. I believe it truly depicted the heart of the Jacobite army, as although they were less advanced in their equipment, they ran towards the British soldiers with fire in their eyes. About 2,000 Jacobite soldiers were killed or injured in the Battle of Culloden, which was significantly more than the approximately 300 killed or injured British soldiers. As I walked out onto the empty battlefield, just as it started to rain, I was hit with a strong sense of sadness and isolation. I later learned that this battle is often not talked about because it is met with a lot of shame. In addition to so many soldiers killed, many Scottish civilians were also hurt, due to the British not recognizing who was who.

The next morning, we made our way to Fort George, which was a site built in the aftermath of the Battle of Culloden, but is still an active army base today. Fort George is the size of 9 (American) football fields. I was surprised to see such a large base considering the day before we’d seen the aftermath of losing so many Jacobite soldiers. I first walked to the edge of the site overlooking the “Moray Firth” where I was told I could see some of the largest dolphins in the world. Unfortunately, I wasn’t able to, but it was still a pretty spot to view. After this, I visited the chapel and looked at the books of the registry of soldiers in the Jacobite army. Finally, I entered the Fort George museum and viewed artifacts that the soldiers used and wore.

After visiting several historical sites, we ended the trip on a lighter note. We visited the Leault Working Sheepdogs farm. As the coach pulled up, about 8 border collie dogs ran down the path to greet us. Although they are working dogs and therefore not very interested in human interaction, we couldn’t contain our excitement and pet them anyway. They were completely uninterested in our cuddles, which was a funny thing to see. The shepherd then came out and led us to the field, where we sat and stood on rocks, ready to view the demonstration. We learned that each dog has its own distinct whistle command but they all respond to the same voice commands. Border collies are incredibly intelligent and have amazing hearing. It was absolutely incredible to see them respond so quickly to the shepherd and fetch and lead the sheep. The shepherd also collected a sheep and showed us how to shear it. As he held the sheep between his legs, he said: “Before shearing it, make sure to let the sheep relax, as it has never been held before in its life.” I couldn’t help but laugh at this comment, but of course, I was glad to hear that the sheep wasn’t being hurt at all. The shepherd also told us that while many people regard dogs as a man’s best friend, really, we should be most thankful for sheep, as without their grazing, so many things in the environment wouldn’t be able to occur. After the demonstration, the best thing ever happened when the shepherd led us over to the sheepdog puppies and let us hold them. The puppies were only 39 days old, and they won’t begin training until a year old. This was an especially significant moment for me because before this I’d never held a puppy before! Getting to hold such a small, adorable creature was one of the highlights of this trip. I had to pry myself away from them as we got back onto the coach, finally ready to head back to Glasgow.

The weekend was packed with historical visits, scenic spots, and meeting the friendliest and cutest animals. A note on the historical sites we visited - I often find myself not being able to appreciate history or “feel” as much when visiting historical sites or museums. I find it easy to be detached from what I’m learning about, whether it’s viewing ancient tools, equipment, or artifacts. Maybe it’s because these things are most often behind glass cases, preserved, so I don’t associate real people having used them. This weekend, however, was the most I’ve ever felt emotional towards what I was learning about. I found myself really wanting to immerse myself into the history, whether it was imagining people cooking at Urquhart Castle, running full force across the Battle of Culloden, or standing at the edge of Fort George and scanning the water for British ships.

When in Glasgow, I highly suggest taking a trip to the Highlands! If not to explore some of the history, then to pet some Highland cows! If not to pet some Highland cows, then to visit a castle! If you are able to go abroad with the help of a university such as Arcadia, definitely take advantage of the excursions they offer! I wouldn’t have been able to see or do as much as I did this weekend without them.

I had such an amazing weekend exploring more of Scotland!