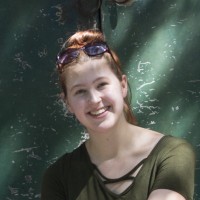 On an unexpectedly sunny day in mid February 2018, I took a train from London to Manchester to spend the weekend with a friend from high school. My train journey was about two hours and I was happy to be sitting with a table and a power outlet in the quiet carriage on the Virgin Trains line. The journey was smooth and provided a lovely view of the countryside. When I arrived, my friend met me at the train station and we set off to find some food, because what else would possibly be on the mind of two 20 something uni students. We had originally planned to stop by a vegan pub called the Thirsty Scholar, only to find that they were not serving food on a Friday afternoon. Hmmm. Alright, so we walked a mile down the streets of Manchester (an easy walk, thankfully) and found ourselves at the V Rev Diner. We popped in, looking for a table, and they asked if we had a reservation. Nope. But then we lucked out! Someone canceled their reservation just as we were about to sit down at the counter to order. The picture of me with the massive burger is the first of two things we decided to split. This "Donut Have a Cow" burger is possibly one of the most American things I have ever eaten. With two patties, onions, vegan cheese, donuts for buns, and I'm sure a few other things tossed on there, I have never felt more deliciously unhealthy when eating this. But boy oh boy was it good! Our other menu item of choice was the poutine fries. This was my first time trying something poutine and I am now a committed fan! It tastes like Thanksgiving with the potatoes and gravy - yum! I hope to return to this diner one day because there was a lot on the menu I didn't get to try. I would definitely recommend this place if you get the chance, but it seems best to call ahead and make a reservation.

After our caloric meal, we decided to wander around the hipster part of Manchester- the Northern Quarter. And what comes in any hipster territory? You guessed it, more vegan food! I believe that at least one meal a day requires dessert, and so we stopped by a little hole-in-the-wall placed called Ginger's Comfort Emporium, an ice cream shop. To get to the shop you have to go through a building called Affleck's which is filled with little shops of all sorts, and many, many vegan options. Once you've made it past the vintage clothing and the henna area, you will stumble upon a very cute area where the wall as plenty of ice cream options for vegans and non vegans alike. I decided to go for the salted caramel peanut butter milkshake and it was quite a nice treat! I wish they had a few more vegan options but it was good nevertheless if you're in the mood for a sweet treat.

Walking back home for some down time and to make plans for the evening, we stopped by the Eighth Day Café which has a restaurant and a grocery store. I picked up a few things from the grocery store including a sage and mushroom pastry from their bakery that was very tasty, even cold. They had some wonderful selections and if I had stayed for longer in Manchester I would have gone back to their restaurant (which I did not get to try) as well as purchased a few more things from the grocery store which had endless options for vegans, vegetarians, and gluten free people.

After looking around town for some evening activities we decided to go The Courtyard, a sports bar with incredibly cheap cocktails and pitchers as well as a few vegan options on their menu. After a couple of 2 pound cocktails (yep that's right - only 2 pounds!) we purchased a vegan pizza which was also ridiculously cheap at 5 pounds. It was delectable and I would definitely have gone back for another one if we had been there for a couple more hours. They had another vegan falafel option on the menu that looked quite promising as well.

The next day we woke up and headed out to the Whitworth. It was a bit of a gray and rainy day so some indoor activities seemed like a good plan. The Whitworth is free to get into and we decided to have some breakfast at their café first. I opted for toast with peanut butter while my friend went with a vegan muffin. Both were very good but the view in the café was even better! Almost greenhouse like, the café is made of glass walls that look out onto the park. It was a lovely scene and if I'd had a good book with me I could have sat there all day. After the Whitworth we headed further downtown to the Museum of Science and Industry, also free. To be honest, I didn't find it all that entertaining. Granted, I was absolutely exhausted from not much sleep and about 8 miles of walking the previous day, but it was not something I would go and see again. The Children's Museum of Indianapolis is much more worth your time.

On the way back we stopped to pick up some lunch at Nudo Sushi Box, a grab and go restaurant that I was surprised to find had quite a few vegan options! I opted for noodles with veggies and dumplings , a dish that hit the spot. I'm a dumpling lover through and through and it had been a while because I sadly didn't make it to the vegan dumpling restaurant in Berlin.

This night we decided to go out. I love looking up hidden bars when I go to new places, and I found one called The Washhouse, but sadly it was too late in the day to make reservations. If anyone has ever been, leave a comment below about how you liked it! Instead, we went to the more well known club, Factory. They had a student discount which was great and once we were in it was crowded and sweaty but they actually played some music that I knew (which tends to be pop songs that are a couple of years old). Factory was great because they had three different levels, each with different music so pretty much everyone can find something they like. It was a wonderful evening and England continues to impress me with the fact that things close fairly early. We left Factory and were headed to another club but no where else would take us because they were about to close, and it was only 2am! As someone who typically goes to bed around 11pm I was not at all disappointed but it's still quite a change from the US party culture.

Sunday promised a lot of potential with the Grub Fest having all vegan food vendors on Sundays. It was a bit tricky to find but thankfully someone was standing outside to usher us into the covered area. It was quite a lovely venue, very rustic with old bottles holding flowers. There were fewer vendors than I anticipated but that just meant that I could have something from almost all of the stand I started off with a Cuban sandwich from Press de Cuba and it was absolutely amazing! That's definitely a sandwich I would have again and I would highly recommend trying one if you get the chance. I also opted to have some nachos from Howlin Tacos. Their nachos were decent but not something I would purchase again. Perhaps their tacos are better but I felt like the cheese left something to be desired. Finally, for dessert, I tried a few sweets from Drizzle City Bakes. I had a slice of chocolate cake and also got a brownie for the train ride home. Both were very good and tasted homemade which I appreciated. Anything that reminds me of something my mom would make is always an A+ in my book. Overall, Manchester was a great if not tiring trip but it was a wealth of vegan options! As always, read more at www.voyagingherbivore.com