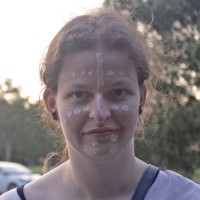 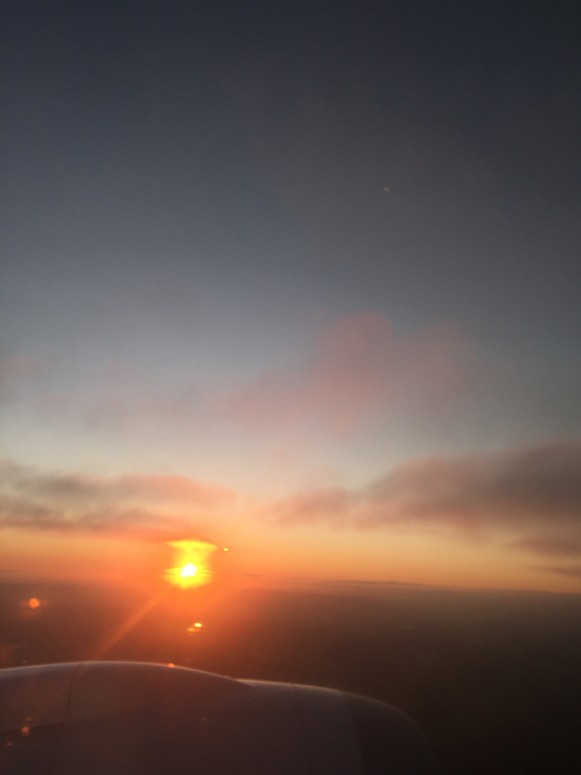 The past few days have been a whirlwind of excitement! If you didn't already know, I made it to Australia! My family drove me down to Newark on the second of September to drop me off, and I think I did a pretty good job (leaving them, that is). My mom on the other hand did not; she started crying as soon as she hugged me at the security point. After a gate change that caused me to walk all around the airport, thank you Newark, I got on the plane on time and everything went very smoothly to arrive in Los Angeles about half an hour before the scheduled arrival time. There were even fireworks going off as we landed in the airport! 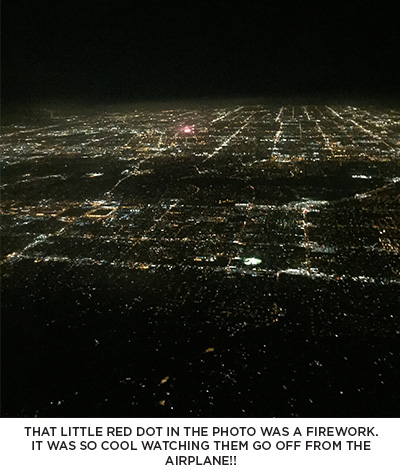 The food wasn't terrible on the first flight, but I didn't care for the macaroni because it was kind of spicy. I didn't really like much of the food, actually, but I slept for a lot of the time so it wasn't that bad. Being in first class for both of my flights really helped being able to sleep because the seats were way more comfortable than they would have been in economy. The second flight, although quite long, wasn’t that bad. The food (I think I had beef) was surprisingly pretty good. For someone who isn’t a big meat-eater, that’s really saying something. Then they fed us ice cream for dessert, so I really couldn’t complain about that! 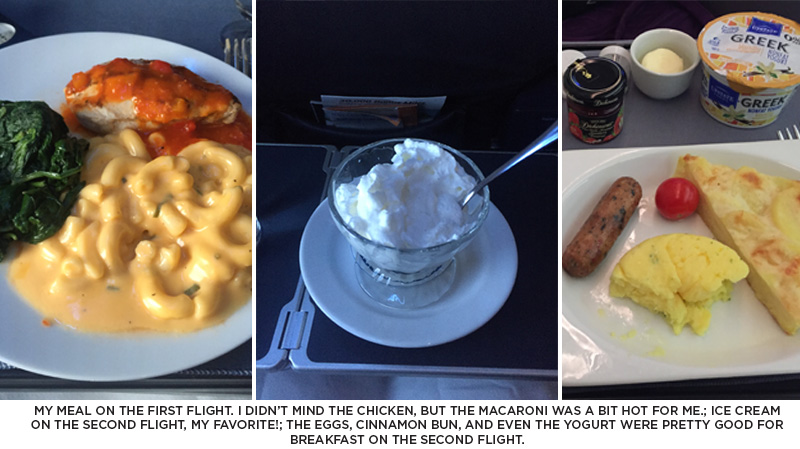 I made it to Melbourne at about 7 in the morning, and then had to wait for everyone from the Arcadia group to arrive, so that took a while. Then we began our orientation by going to Williamstown for lunch, which was only about ½ an hour outside of Melbourne. I got a sandwich, and then we walked down to the water where we got a really pretty view of Melbourne from the pier. 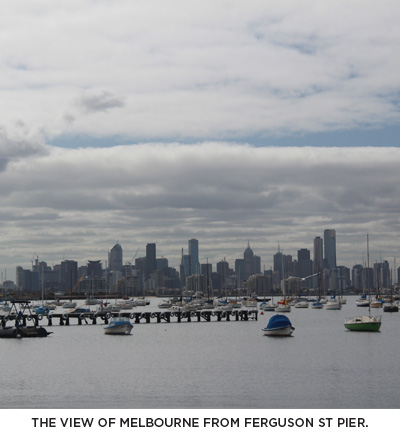 After leaving Williamstown, we were off to Queenscliff, which is where we had a majority of our orientation. We stayed at the Vue Grand Hotel, which was a beautiful old hotel in the center of town, very close to the water. I realized now that I didn’t get many photos of Queenscliff. Most of the pictures I took are of the boat trip we went on (don’t get me wrong, it was awesome), and the walking tour we went on the first day we were there. 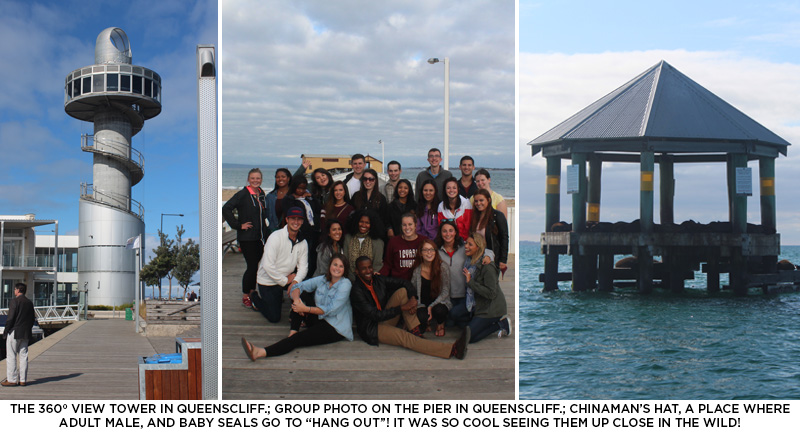 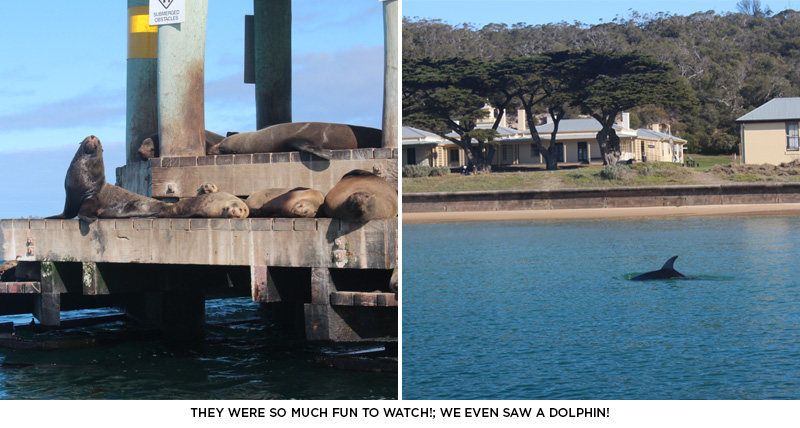 So maybe I did get more photos than I thought… Anyways. We stayed in Queenscliff for two nights, and then left for Melbourne to stay in a hotel there for one evening (before going to the airport the next day). I had a great view at that hotel. 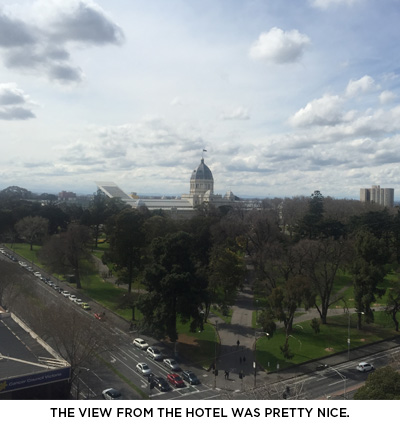 We did a walk around the city that afternoon and saw some really cool stuff, including the Chinatown of Melbourne, and some amazing street art down an alleyway. Unfortunately, I started not to feel so well later in the afternoon, so I went back to the hotel to rest for the rest of the night. 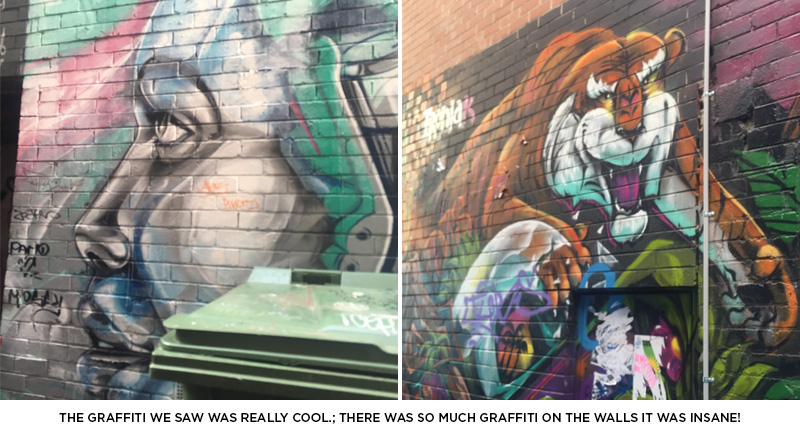 We had to wake up really early the next morning to go to the airport, which wasn’t very fun, but now we’re at Bond University!!!

I love my room, and I love the campus. I haven’t met many people yet, since I kind of wanted to relax this evening after the busy Arcadia orientation. However I’m sure I’ll meet people over the coming weeks once O-Week gets going and classes get started. I can’t believe I’m actually here right now! This year is going to be awesome!