Travel Tips for the Oxonian 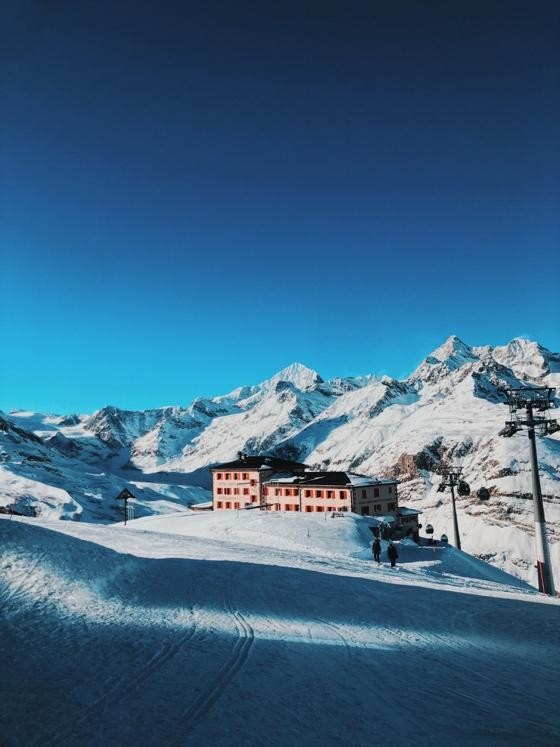 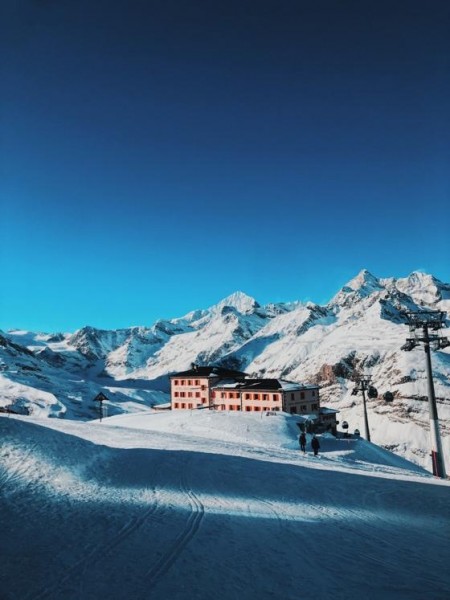 Hello again, everybody! Currently writing to you guys from a train crossing through the Swiss Alps. Term is officially over, and winter vacation is in full swing! My family arrived in Europe a week ago, and now we’re traveling around Europe for the duration of the holidays. As a visiting student who has managed to do a little traveling while studying at Oxford, I thought I would share with my top travel tips for those of you as eager to see more of the world like me! 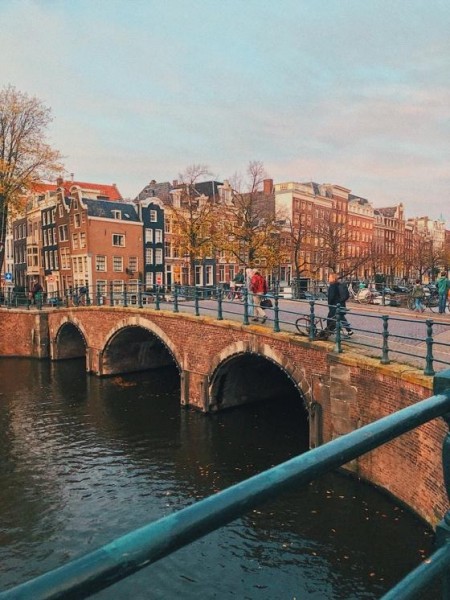 As far as I know, most visiting students aren’t told their schedules for tutorials and lectures until orientation week. While you and your tutor decide on a compatible time slot together, tutors are often very busy people, and there is no guarantee that they will be available on the days when you would most prefer to take tutorials. This means that I would probably advise against booking trips happening during the term until after arriving at Oxford. Even booking weekend trips can be dangerous—if your tutorial is on Monday or Tuesday, you may want to be on campus and not traveling around during the weekends. For example, my tutorials were on Tuesday morning and Wednesday morning, so I would usually leave Oxford on Wednesday afternoon and come back Saturday evening, leaving all of Sunday and Monday for me to write my essays.

Pictured Above: The canals of Amsterdam 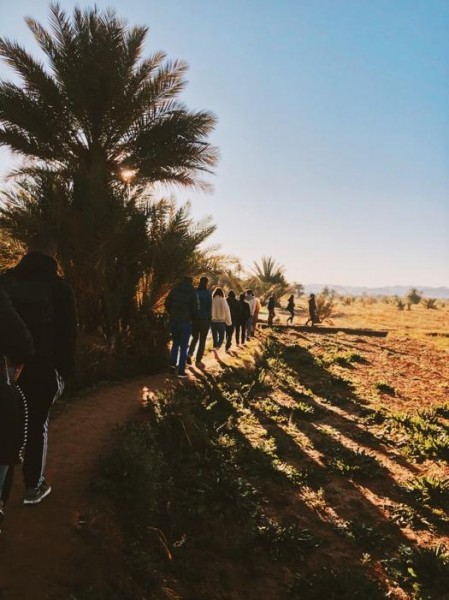 However, booking trips for immediately prior to Arcadia orientation in London and after the end of term are great ways to lock down some travel opportunities early on. While I personally did not have time to travel before the beginning of orientation, I had several friends who did go around Europe for a couple weeks (Arcadia will store your unneeded luggage in their London office at no cost whenever you need it, which is so handy!) For immediately after the end of term, I booked a weeklong trip to Morocco with two college friends also studying abroad. We bought tickets a few weeks before we left the states, so around 2 and a half months before our trip, and scored roundtrip tickets from London for $57!!! This is not to say that the trips I booked during term were much more expensive—Europe has a bunch of budget-friendly airlines that offer very reasonable prices. For my trip to Amsterdam, I booked flights only 48 hours in advance!

Pictured Above: Visiting the palm groves and barley fields of the Berber people in Morocco

You might expect to be doing a lot of traveling by train within Europe, but I’ve actually found flying to be the most cost-effective way to get from place to place. Flying is usually much cheaper than taking the Eurostar to Paris (although this is not true 100% of the time, so I would still check train prices just in case), and even Scotland is usually cheaper by plane than by National Rail. The three main airports with low-cost carriers in the greater London area are Luton, Gatwick, and Stansted. Sometimes booking a flight out of Stansted simply cannot be helped, but just note that it takes a little over three hours to bus there from Oxford, while Luton and Gatwick are around two hours away. 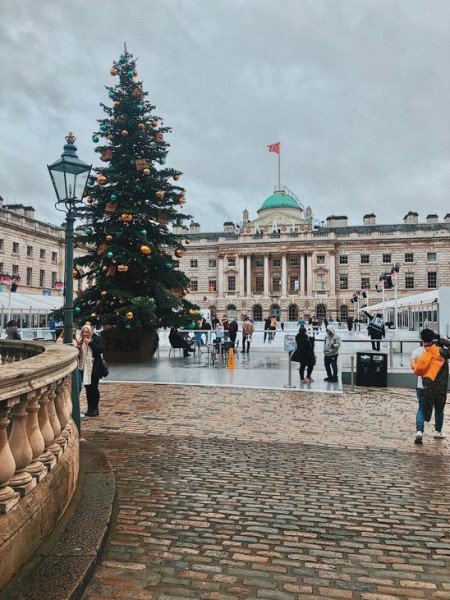 During Arcadia orientation, you guys will receive a free code to sign up for a 16-25 National Railcard that the Arcadia staff very kindly provides. Be sure to sign up!! The railcard takes 30% off all NationaI Rail tickets, and I can’t even count the number of times that I used it to save money on travel to and from Gatwick as well and transportation to London. Luton and Stanstead are more easily reached by National Express coaches (coach is the British term for bus), which are a little less comfortable than the train but still get the job done. Another popular way to get to London other than the train is the Oxford Tube, which runs approximately every thirty minutes and goes for £5 a ticket.

Pictured Right: Ice skating at Somerset House in London during the holiday season

Low-cost airlines are both a blessing and a curse. On one hand, they allow us to travel without breaking the bank. On the other hand, they can definitely be a pain to navigate the first few times around, and can even end up costing more than a regular ticket if you don’t read the fine print. Here are a few of the most important things to keep in mind when flying with low-cost carriers:

Pictured above: Exploring the Medina marketplace in Marrakech, Morocco

While learning and soaking in everything about Oxford should definitely be the main priority, this does not mean that visiting students necessarily have to give up traveling! My advice would be to always bring some less strenuous work on trips to avoid having to do as much catch up later. Personally, I always found reading and note-taking to be the easiest part of preparing for tutorials, so I would bring a couple (of the lightest!) books or some downloaded PDFs on every trip. In order to enjoy traveling to the fullest, I would block off the entire day once I left the hotel for having fun. Work time would always be in the mornings with a strong cup of coffee before the day officially started, as well as on planes, waiting in airports, on bus rides, etc. I definitely did not have a lot of downtime at Oxford to just chill and lounge around, but for me, travel was definitely a well-worth-it tradeoff! 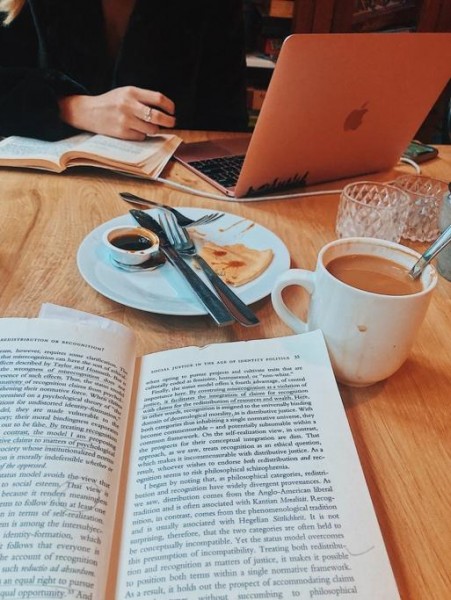 WHERE TO GO: The fun part! 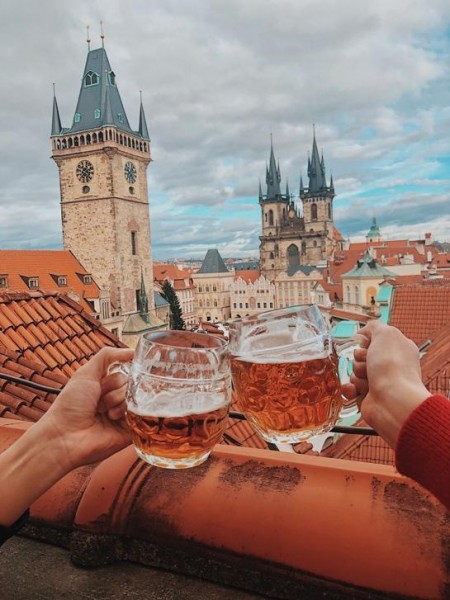 Cheers! With a stunning backdrop of Old Town Square, taken from the rooftop of the Teresa U Prince Restaurant. 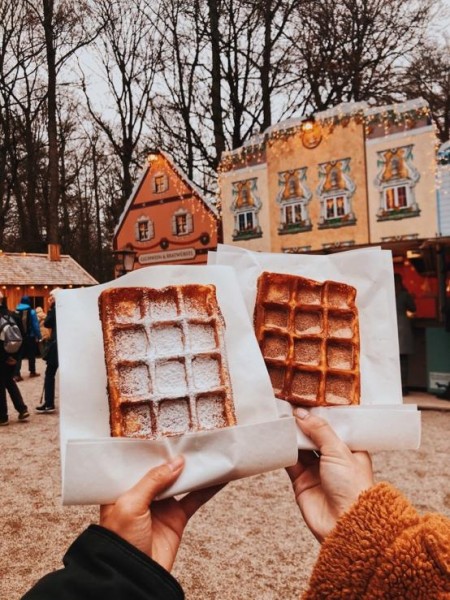 Waffles from the Christmas markets in Munich 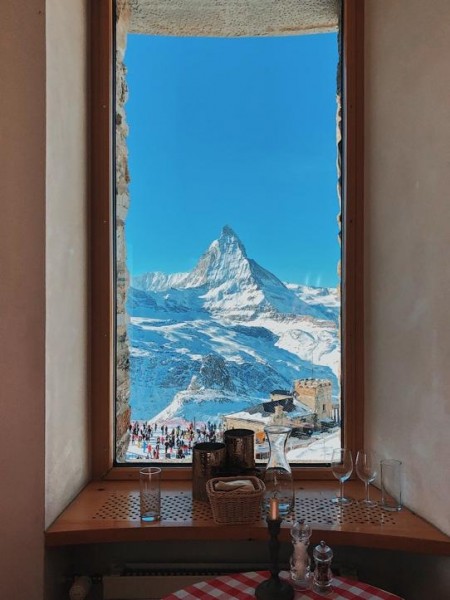 View of the Matterhorn (the most photographed mountain in the world!) from Zermatt 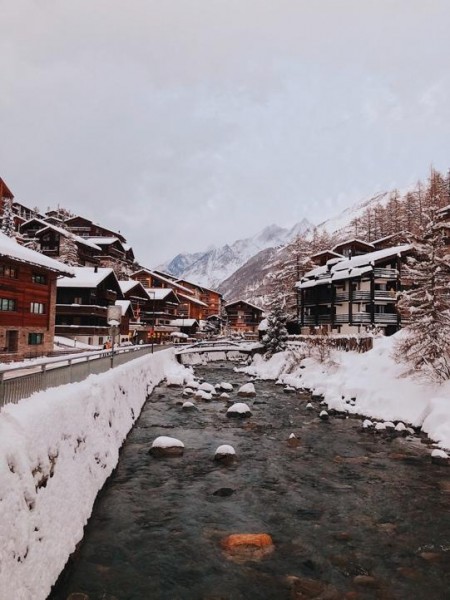 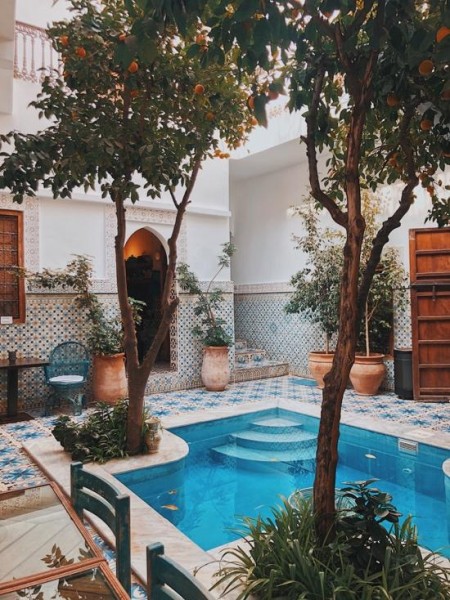 Riad Yamina 52 in Marrakech. I would highly recommend this place for excellent service, very reasonable costs, and an absolutely beautiful stay! 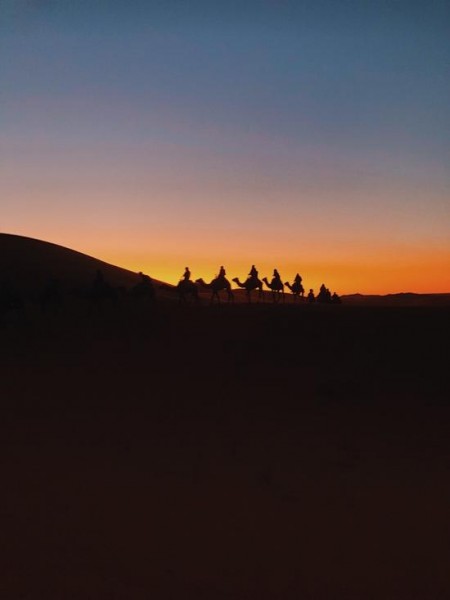 Sunrise in the Sahara

Bonus Tip: All of the places that I went to in Europe accepted contactless card payment on pretty much every card machine. Make your life so much easier, and be sure to get a contactless card and set up Apple Pay! Even London tube stations accept Apple Pay at the turnstiles, which is so much more convenient than having to buy an Oyster card if you’re not going to be using the tube on a regular basis. 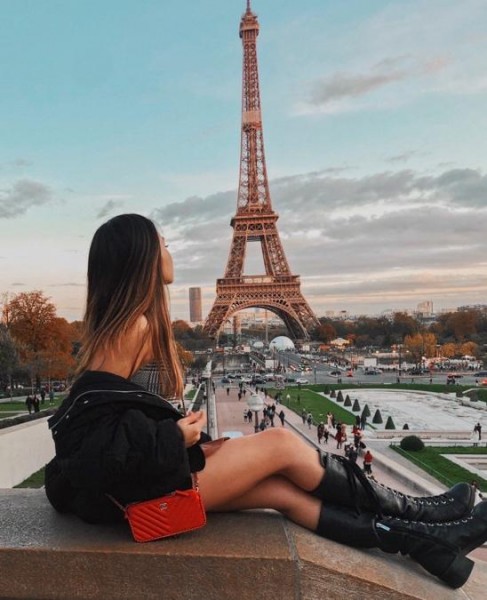 And there you have it! We’re finally at the end of my top travel tips for the visiting Oxonian. I hope you guys found these useful, and happy travels!!