The Tower of London and Rugby 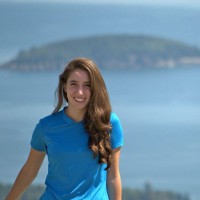 Arcadia really embraces the idea of using the city as a classroom. Last Saturday they offered a free tour of the Tower of London. This was a great chance to meet up with other Arcadia students and visit one of the most historic sites along the Thames. That morning I had a hilarious tour with Billy the Beefeater. He is one 37 Yeomen Warders that live in and give tours of Her Majesty’s Royal Palace and Fortress the Tower of London. Bill was sharp witted and took playful jabs at the whole group. He became famous on YouTube a few years ago when a tourist put a video of him online. One of my favorite moments was when he mentioned the "American history seemed to stop at the bible and restart in 1776". While this was only a joke it really hit home how much history surrounds me in London and how lucky I am to have it as my classroom.

The Tower of London has served many purposes over the years including a palace, a fortress, a menagerie, a prison, an armory, and is also the home of the Crown Jewels. The Tower is famous for the executions that occurred on its grounds and on Tower Hill. Anne Boleyn, King Henry VIII second wife and key figure in the start of the English Reformation, was beheaded on the grounds of the Tower in 1533. There was a lot of information about prisoners and executions featured in different exhibits around the Tower grounds. I noticed quite a few large black ravens on the grounds of the Tower. Legend has it that the Tower and the kingdom will fall if there are ever less than 6 black ravens on the grounds. Nowadays they keep 6 ravens and a spare on the grounds to continue tradition. The Tower of London has such a rich history and the exhibits are very well curated. It is definitely a must see for anyone visiting London.

Arcadia also offered discounted tickets to a professional Union rugby match. I really wanted to see a sports game while in London and the rugby match was a great start. The park was a ways outside of Central London but public transport made it easy to get to. Allianz Park is home to the Saracens and they were up against Bath. The Saracens were the champions last year and have the best record this season so I was expecting a great match. The seats were right in front of one of the goal areas. My RLA Rob had to explain the game to me because no matter what they tell you, it is nothing like American football. I basically had to learn an entirely new language to keep up with the game. In rugby they ruck and maul. There are tys, line-outs, penalties, drop kicks and tons of plays and rules. The sport is highly physical and the players are absolute beasts (in the best possible way). There is no padding unless you count the endless pounds of muscle each player has. The environment was surprisingly family friendly and the cheesy chips (cheese fries) at concession proved to be the perfect mid-game snack. Bath dominated the first half but in the end the Saracens pulled through. Rugby definitely has a new fan and I can’t wait to go to another game.