The Land of the Long White Cloud 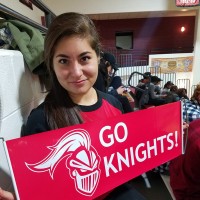 “The Land of the Long White Cloud” is the English translation for the Maori term “Aotearoa”, which is an alternative name for New Zealand.  Situated in the Southern Hemisphere East of Australia, New Zealand is a beautiful little country made up of three islands and some of the most amazing sights I’ve ever seen.  At first, the biggest difference from home that I could point out was that they drove on the left side of the road on this part of the world.  Nothing could prepare me for the beautiful landscapes and friendly people that were waiting for me.  Everywhere you look there are rolling green hills and mountains looming in the distance.  You can drive for hours and only see farms filled with sheep, cows, and deer, even on the more populated North Island.  Towns seemed to pop up out of nowhere and then disappear just as quickly!

Before getting into Wellington I had orientation with the Arcadia group where we traveled the North Island and did so much that it’s hard to believe that it lasted only three days.  Once we got off the bus those three days were filled with adventures of going to the beach in Auckland, soaking in hot mineral pools in Rotorua, seeing a geyser erupt, and going for a hike through a geothermal park. Another great highlight of the trip were zorbing (you jump into a giant hamster ball with two other people and some water and roll down a hill!).  Since I was in the last handful of people to go down the hill, everyone else in the program laid face down on the ground and were rolled over by our ball!  If you ever get the chance, I would definitely recommend trying out zorbing.  One of the most interesting things we did was visit the Maori village of Tamaki to learn about the culture of the indigenous people of New Zealand and to join them in a meal.  Dinner was prepared in the traditional way of cooking food in a pit under the ground; this kind of meal is called a hangi.  Needless to say, everything was delicious.

While being abroad, I’ve met so many cool people and made a lot of great friends.  It’s really important to remember that the people you meet won’t be exactly like the friends you have back home, but they will most definitely be just as wonderful in their own respect.  You should always make sure to call home but don’t do it every day.  It’s great keeping everyone up to date but you need to have this experience on your own; you can’t expect to grow if you keep doing the same thing!

With my parting words I want to tell you all that you have to go into study abroad with an open mind.  It’ll never turn out to be exactly what you expect but if you give it a chance it’ll amaze you.