The Game of Thrones Set Tour 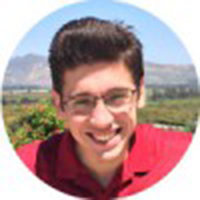 Hey, guys! Sorry for not posting in a while, it certainly has been a rather busy 2 weeks with my work in the aquatic ecology lab, however, I have done some rather exciting tours across Ireland including the Game of Thrones Tour. This tour took the entire day of July 1st with us needing to wake up at 6AM to catch the 7AM bus to the Dublin City Centre. Not a good thing considering I have never been a morning person, however, enough sleep solved that issue!

Our first stop on the Game of Thrones tour was Tollymore Forest Park! I loved this portion of the tour as it allowed me to experience the full depth of nature in Ireland including seeing raging rivers and tall trees. One of the most iconic spots in Tollymore Forest Park was the wildling pit shown in Season 1, Episode 1 where all the wildling bodies were shown in an intricate pattern by the White Walkers. Compared to the scene in the series, the actual physical location was completely different since there was no snow, no props, and no actors! It revealed how extensive the amount of preparation was for the actual Game of Thrones series with everything being taken into account.

Our second stop was at the Lobster Pot restaurant with a special surprise! Remember the direwolves that were killed in the Game of Thrones series such as Summer, Lady, Grey Wind, and Shaggydog! Well, we had two of those “direwolves” near the Lobster Pot for a surprise visit since it was their birthday! Apparently, it was the first time that the bus tour organizers had ever done such an event before, and we were privileged to enjoy their company! Fun fact, both of the “direwolves” in the pictures are at least insured for a million dollars each (at least, that’s what I remember their caretakers saying).

Our third stop was at Castle Ward Estate where the great city of Winterfell was filmed! Before going there, I thought Winterfell was designed purely using physical props, however, it turns out I was wrong! Apparently, the real set of Winterfell is a small fraction of what we see in the actual TV show! A large portion of Winterfell is actually done by CGI which was shocking to my surprise because it seemed so real! Guess you cannot tell between reality and CGI sometimes…

Our fourth and final stop was at Inch Abbey where I was crowned King of the North in a ceremonial fashion! Previously, on the bus, we had a quiz called “Brain of Thrones” to determine who had the greatest knowledge of the TV show! It turns out that I got the highest score by luck considering I had no idea what the answer to the last question was! In the end, I got crowned King of the North with everyone else bowing to their new lord at Inch Abbey!

Nathaniel is a student at California Lutheran University and is blogging from his summer abroad on the STEM Summer Research - Dublin program, in Dublin, Ireland.