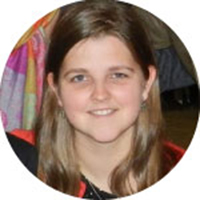 My internship program in Scotland doesn’t start for another week, but I am already battling jetlag in Europe. Thanks to a grant from my college, I’m in Ireland to research the legacy of James Joyce. Often considered to be the 20th century’s most innovative author, Joyce is known for above-average-difficulty novels like “Dubliners” and “Portrait of the Artist as a Young Man” and totally-I-mean-sheerly-impossible novels like “Ulysses” and “Finnegan’s Wake.”

Joyce’s most famous work is “Ulysses,” an 800 page doorstopper that takes place on June 16, 1904. The novel follows two men, Stephen Dedalus and Leopold Bloom, as they wander through Ireland’s capital city. Although professors today consider it a classic for its innovative technique, the original reception was not as warm. Thanks to its frank depictions of sexuality, the book was actually banned and (occasionally) burned.

These days, you won’t find smoldering piles of stream of consciousness literature. In fact, Dublin has become a hub for Joyce tourism. Visitors can eat at the pub where Bloom has lunch or tour the naval tower where Stephen lives. Any respectable Dublin bookshop should have two entire shelves devoted to Joyce’s works, (you’ll frequently see rare first editions that cost roughly the same as a new car) In fact, every June, “Ulysses” fans from around the world don Edwardian dress and re-enact the novel. ­­

My research deals with the line between celebration and commercialization. Although I enjoyed seeing Joyce’s distinctive, eye-patched face leer out from every street corner, Dublin can sometimes feel like a cheapened literary Disneyworld. The James Joyce Center, Ireland’s first stop for “Ulysses” tourists, sells small posters for 15 euro (around $17). Joyce walking tours, a Dublin cottage industry, can cost up to 60 euro per person. And the giant literary costume festival? Vanity Fair derides it as both “a travesty” and “a pub crawl.”

I’ve spent the last few days retracing the wanderings of Leopold Bloom and Stephen Dedalus. I’ve listened to a Joyce enthusiast read an excerpt from “Ulysses” in a glorious Irish restaurant. I ate a gorgonzola sandwich (Bloom’s lunch at a real Dublin pub) next to another table of Joyce tourists (with matching plates of gorgonzola). And although Dublin has certainly capitalized on its literary heritage, I believe it is juvenile to condemn this trend. Many businesses have been preserved by their literary associations. The historic Ormond Hotel, site of a heated political argument in the novel, was saved from demolition by a dedicated band of Joyce enthusiasts. The pharmacy where Bloom buys a bar of lemon soap is now staffed by volunteers and hosts a daily reading group. They remain in business because of their connection to the novel. And they still sell massive amounts of lemon soap.

I would like to offer my thanks to the Keller Family Venture Grant Program for generous funding for my research.