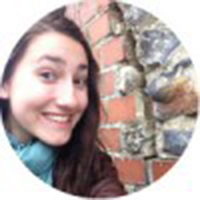 It's hard to believe that my study abroad experience is coming to a close and yet my return ticket says I'm States-bound. My last weekend here in the city of Sydney was one of my favorites. A group of friends and I headed over to Bondi beach, a local beach we frequented during our stay. We sat on the beach and watched the waves crash against the coast. It was funny because I turned to my roommate and I said, "I'm gonna miss this." Only then did we realize that while it's winter here in Sydney, the US is mid-summer and the warmth is inviting. But what I meant was the availability of Sydney. There is such a diverse food bank here with a major influence of Asian cuisine. There are Tim Tams. The beach is only 20 minutes away and the harbor the same. There are museums, libraries, streets I haven't explored. Do I wish that I could go back in time and do them? Well, it wouldn't hurt. But I've spent my time here the way I like it.

I am going to miss one place in particular, The Tea Cozy. Situated in the Rocks by Circular Quay (for those of you unfamiliar with Sydney that is where the Opera House is), there were outdoor markets and my favorite little place. My roommates and I went out on Sunday to pick up some last hand-made items from the markets and stopped for a cuppa at The Tea Cozy. One of the things that draws me to this place is that you can order a pot of tea (presented with a knit tea cozy on it), scones, and a communal knitting basket which is picked and prodded by fellow knitters like myself. It's very chic yet relaxing. After we stopped for tea, we made our way over to the Botanic Gardens where there is a lovely view of the harbor bridge and the Opera House. The only difficulty with taking pictures was the angle of the sun but on the flip side, seeing the sun tucked behind he bridge-line was stunning.

My workplace here in Sydney at Odyssey House is going to be hard to part with. I enjoyed my internship from the line of work (drug/alcohol rehab) to the stories of each client I worked with. I've seen many people move from the assessments which I did over the phone into detox or directly into the program. Then when on site, I got to see them moving along in the rhythm of rehab. That to me is rewarding because you can see progress even if it's the tiniest bit. We've had individuals come into detox in shambles and when I see them in the rehab program once they've detoxed it's like they are a new person simply because they are not under the influence of drugs/alcohol.

The class associated with the program did provide me with a number of questions to think about. Primarily to challenge the notion of developed and developing nations as that of the global north and global south. The class challenged me to look at the many divisions and forms of discrimination still apparent in our world, particularly to the aboriginal peoples of this country. In class, we watched the film "The Visitor" which detailed how borders are easier to cross for some than others and the impact that has on an individual when they've built a life in a country and are facing deportation. We went to museums and got out into the city through the class.

Thinking back on my experience here, I'm glad I chose to go on the Sydney Summer Internship Program offered by Arcadia. I felt 7 weeks was ample time to get into the workplace and learn hands-on. Staff both in the program States-side and on site here in Australia have been helpful in making the process as seamless as possible. I am the first student from my university to come on this program of study with Arcadia but I hope that I won't be the last.

Michelle Handy is a student at Gwynedd Mercy University and is blogging from her summer abroad with the Sydney Internship Program Summer in Sydney, Australia.