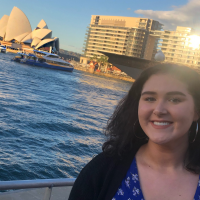 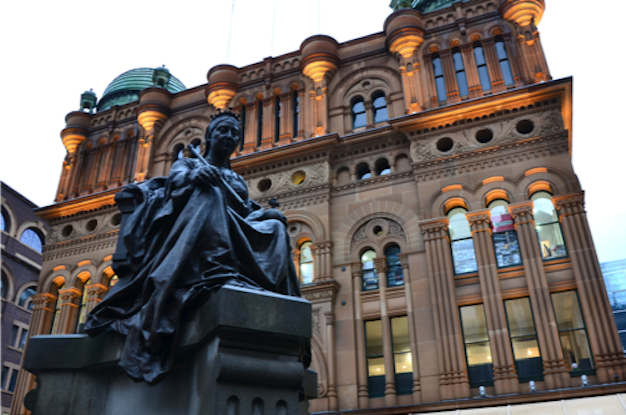 I’ve been in Sydney for almost 3 weeks, and in that short time, I have noticed many differences as well as similarities. However, many of the differences in Sydney can be quite overwhelming, especially when it isn’t super easy to call your mom at any time of day because of the big time difference.

The reality of the situation is that even in a beautiful place like Sydney, you’re going to be homesick. Fortunately, I have found some places that I absolutely love in Sydney and that makes me feel safe when I feel super homesick. Some of these places are well known, while others aren’t usually included in the “Top 10 Things to See in Sydney” lists. 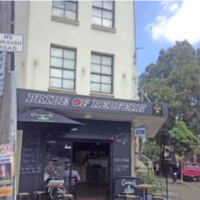 Pride of Redfern is a wonderful little café in, you guessed it– Redfern. If you’re unfamiliar with Redfern, it is a suburb right outside of Sydney’s Central Business District (CBD), and you will probably see me talk about it a lot because that is where I intern. Sydney cafés are unlike anything I have ever seen in the States, but Pride of Redfern is such a quaint but beautiful place to go for breakfast, lunch, and (early) dinner. The staff is amazingly friendly and the coffee, as well as the food, is great! (They also have student discounts on coffee!) This café is so different from any café I have ever been to in the States but for some reason the hospitality and warmth that it has made me feel right at home. 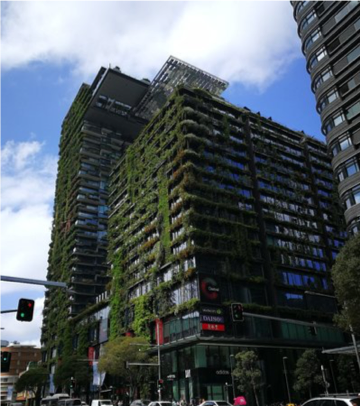 The Central Park Mall does not look like a mall from the outside. The architecture is beautiful, but it looks more like an apartment building to me, so when I went in it for the first time, I was pleasantly surprised. It is a quick 5-minute walk from where I’m staying, and it has a Woolworth’s on the lower level, so I go there to get my groceries and window shop. The mall is big, but it doesn’t feel like it at all because there’s so much greenery all over, so you feel like you’re outside even when you’re inside. Before coming to Sydney, I had never heard of this mall, but I feel like it is a place 100% worth checking out. Usually, I wouldn’t associate the word mall with serenity, but this mall truly provides it. 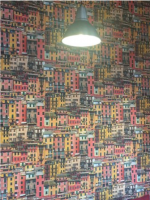 Okay, I’m going to be honest, I never go to cafés in the States, but for some reason, Australia really knows how to do cafés. Bobby’s Café is very close to Pride of Redfern and essentially offers the same menu for the most part. I had to put them both on this list because they’re equally as good. Bobby’s might be a little cheaper than Pride of Redfern, but maybe by a dollar. I highly highly recommend the açaí bowl or the BLT, but honestly, it’s all delicious. It’s a little smaller and quieter than Pride of Redfern, so if you’re looking for a little place to go to and tuck into a corner, this would be it. 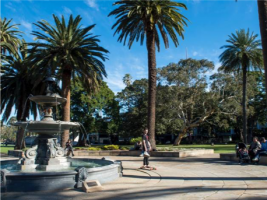 Redfern Park is actually a place I haven’t quite had the time to enjoy yet. However, I’m adding it onto the list because during my lunch break I came across it and immediately wished I didn’t have to go back to work. Sydney has some unbelievably beautiful parks, that’s for sure, but Redfern is just so good. It’s also near the South Sydney Rabbitohs headquarters, which are the professional rugby team based in Redfern. Also, if you’re a fan of rugby or trying to learn more about it, there’s a possibility that you can catch the Rabbitohs training at the Redfern Oval which is right beside the park. 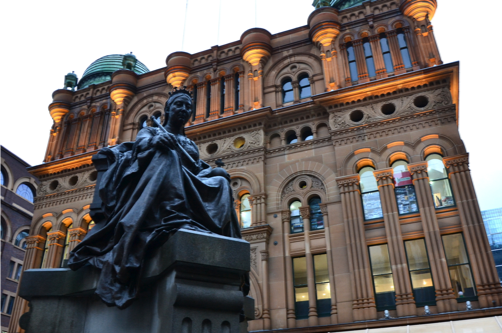 The QVB just sounds like an old historical building, at least that’s what I thought until I stepped inside of it. It has so much to offer. If you like shopping as I do, this place will become your second home if you are coming to Sydney. The architecture is unlike anything I have ever seen, and while it is usually quite busy near the train entrance, it is easy to just walk around and be in awe of the place you’re at. It really helps me remember that I’m really in Sydney, without having to see the Opera House every single day.