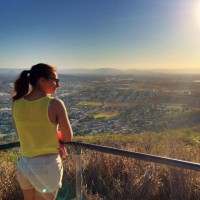 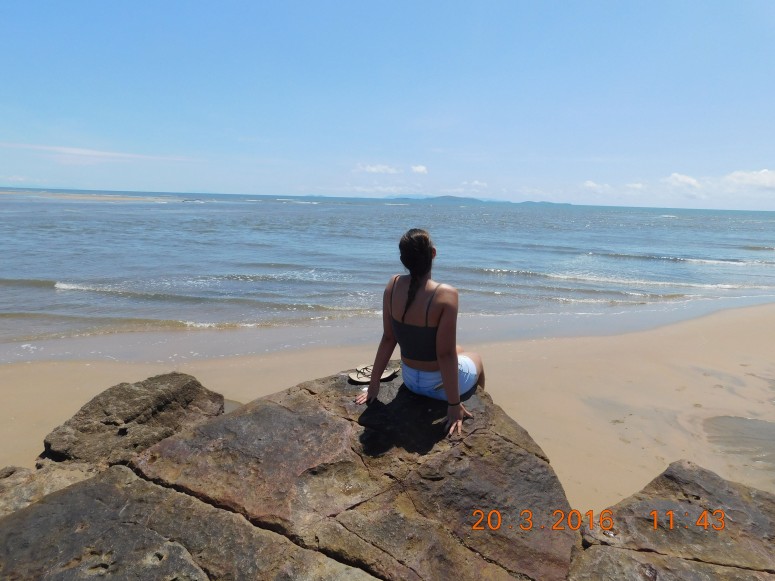 I’ve become very tired. It’s seems as though the world is falling apart. And I’d be lying if I said that it isn’t affecting me and my experience. But this effect isn’t all bad.

I’m pretty miserable when I hear and talk about the tragedies becoming Europe and the Middle East and slowly expanding further and further with each passing week. But I know that I’m not the only one that feels that way. I know that I am surrounded by people, Australians and other studying abroad students, that they feel the exact same way as I do. And I know that at home, in America, there are even more people who feel this way. I don’t feel alone. But, somehow, that makes me feel worse. To know that I feel this awful and that my peers, and my friends, and my family feel this awfulness just the same, it really doesn’t help. And I don’t know which would be worse - feeling this sympathy for the falling apart world only by myself, or knowing that everyone around me is also hurting.

Apart from tragedies that are befalling countries, families, and people I have no direct connection with, there are those at home still. Those that do affect me directly because they affect my country, my family, people I know. To be so far away and to hear about and watch as my home falls apart… It doesn’t fill me sympathy or empathy at all. It fills me with dread, anger, and disappointment. To know that this is the place that I’m coming back to. To know that this is the place that my family and friends have had to live in while I’ve been away. To know that the rest of the world is dealing with global terrorists, while my home is dealing with its own. It’s maddening. And what’s worse is that it isn’t just you who notices. It’s everyone else too. And you get questions asked to you that you can’t answer because you’ve been asking them yourself.

It’s angering that as an American living outside of the States, I can see our problems and I can see us slowly burning. That everyone around me can also see it. That there are Americans in the States right now who can see it. But there are more Americans in the States that can’t. Or who just don’t care. You know they say ignorance is bliss. And I guess not acknowledging the fire makes some Americans feel safer, but what do you do when the bridges burn? As a country we’re splitting into two different sides; those who acknowledge the fire and try to put it out while it’s still a single flame, and those who are ignoring it because it isn’t big enough to worry about. We’re splitting between having the foresight to see our future isn’t there if we continue like this, and being more worried about the comfortability of the present. And we’re fighting about who’s right. But there are stronger and bigger and more influential people who don’t have foresight and are saying that we don’t need it. And I really don’t want to come home to ashes. You know we can say that even if we do burn, we’ll rise again like the phoenix, like we have before. But a part of us won’t. And I don’t understand why we would rely on rebuilding ourselves after we’re destroyed, when we can build better while we’re still standing. I know a lot of Australians feel the same way. And I bet a lot of other countries do as well; but the one that matters, America itself, doesn’t.

So, sure, it’s effecting me negatively. It’s stressing me out and making me sad and angry that all these things are happening at once. That I have to worry about the global terrorism that could just as easily befall my home, or where I’m living and studying, as it is all these other countries. That there are all these terrorist attacks to begin with. That, on top of that, I have to worry about my country destroying itself before someone else can even try. But, I’ve never wanted to fight more in my life. To give meaning to what I do. To give positive change to an ever growing negative world. I’ve never wanted to be more, than how much I want to be more now. And I’m really thankful for that. I’m so grateful that I can still see we can bring positive and good and change. That I can be hopeful. And know that this isn’t the end; that there will always be people with me who fight to bring about a better, safer, more positive outcome for everyone.

I can’t be appreciative enough for the fact that I’ve been given the ability to shape and mold my foresight to let it grow because of these last eight months that I’ve spent outside the box of my home. And I recommend it for every single person. Sure, studying abroad has opened my eyes further to see the negative globe we’ve come to live in, but it’s also helped me see the positive impact that I can make on it. The positive impact I will make on it.