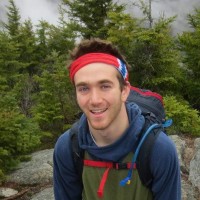 Take a deep breath, relax, and then you can ease back into things.

For spring break, which lasted a long and eventful week, I went to San Sebastian, Spain (“Donostia” in the local Basque language), with my roommate Freddy, who used to live there for two years, first studying and then working as a chef in a Michelin Star restaurant. He promised me a magical time full of surfing in the Bay of Biscay, eating cheap and delicious food in the city, known as a culinary destination, and exploring the Basque culture, distinct from and more ancient than any other culture in Europe. In addition, we were to spend a day in Madrid bookending the vacation as flights were far cheaper from Rome to Madrid and back than to San Sebastian itself.

So off we set on the first day of our trip, spending nearly an entire day traveling by nearly every means of transport imaginable (walking to the Minimetro, which took us to the train to Rome, followed by a bus ride to the airport, and then a flight to Madrid). Once in Madrid, Freddy’s mom picked us up at the airport and took us out to a typical late-night Spanish meal at a restaurant in the center as well as on a late-night drive past many of the sights of the city. We finally made it to her house, where Freddy and I slept in his old apartment in the basement and picked up some equipment and extra clothes for San Sebastian. From there, we went to his grandparents’ house where a large portion of his extended family were having a wonderful brunch that lasted for around six hours. We slept that night at his grandparents’ and hopped on a bus to San Sebastian the next morning.

We arrived and checked into our hostel, and thus began the wonderful week of relaxing, surfing, and overeating. Some highlights included: meeting some of Freddy’s friends from when he lived in the city, learning the very, very basics of surfing (and wiping out hard a couple of times), going on a beautiful hike in the mountains just outside the city, baking in the sun on the beach, learning a few Basque words, going rock climbing at a really old and sketchy gym in the suburbs, and eating pintxos, the local version of tapas, at Freddy’s old restaurant. We also frequented some other cool eateries like a seafood bar that’s only open for three hours each night and where you throw your mussel shells into a gutter on the floor of the bar.

But the coolest experience of all was when we went to a cider house (sidrería) up in the hills that, for 30 euros, serves you a four-course meal of traditional Basque dishes and as much cider as you can drink. The season for this tradition only lasts for a couple of months per year, and it is very popular with the locals. An employee would walk around the open hall opening the taps one at a time from the giant barrels in the walls that held different batches of alcoholic apple cider (which were far less sugary, and in my opinion much tastier than the American varieties I’m used to). Everyone would crowd around whichever barrel was in use at the moment and take turns sticking their glass under the stream of cider flowing from the tap towards the floor, moving the glass from low near the ground to up high near the spigot, before giving the next person a turn to fill up. Throughout the meal, becoming progressively drunker and more exhausted, we chatted in different languages and also got to listen to a group of old Basque men singing and playing traditional Basque national drinking songs on their classical guitars, which was quite the cultural experience.

Overall, the week was a lot of fun, but also quite exhausting. I returned to Madrid on a Saturday morning without Freddy (he was recovering from the cider house, and also his flight was early on Monday morning, while mine was at 6 AM on Sunday, so he was able to stay longer while I needed to be in the city sooner). With my two backpacks full of my things for the week, I met up with some friends from my home university, Tufts, who are studying abroad with the program our school has in Madrid. We walked around a lot, went to different cafes and ate some incredibly spicy Mexican take-out, and stayed out the whole night going to some of the different bars and pubs that the city is famous for. Our last stop was at a churro bar where we ate some delicious late-night pastries before I headed to the airport at 4 AM to catch my international flight back to Italy. After a long day of traveling, I made it back to my home in Perugia that afternoon and slept for a long time.

Since the break, my life here has been pretty quiet. The weather has finally been getting warmer and so I’ve been spending more time outside. I visited Florence again briefly this past weekend, which was quite nice. I’ve been having large meals with diverse groups of friends, which has also been very relaxing and pleasant. We’ve also had a couple of culinary workshops at a local pizzeria and making gnocchi in the kitchen at the school which were lovely and delicious as usual. Our final projects have been approaching so we’ve begun to plan and outline research for them, which has also been somewhat notable, but overall, life in Perugia remains quiet and relaxing.

I’ve been using this recent time to begin to plan what I will do over the summer. I decided that I want to remain in Europe for as long as I legally can, and I’m searching for things to do during to fill this time. I’ve found a job opportunity volunteering at a music and arts festival in a town near Perugia through a family friend for three weeks in July, but from the end of this program in April until July, I still haven’t figured out how I will spend my time. Maybe I’ll search for a job or internship here, or in Rome, or at the sustainable winery we are working with for the business of Wine class? Or maybe I’ll try to do a long-distance bike trip through the southern regions of Puglia? Or maybe I’ll find something else I haven’t even thought of yet. At this point, I have no idea, but I’m excited to find out what will happen.