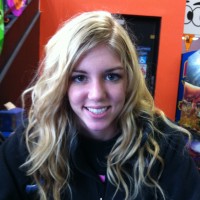 We arrived in Budapest Thursday night (or rather, very early Friday morning) after racing to the airport immediately after our last class. I have to say, for our first hostel it is still probably my favorite. Carpe Noctem Vitae, if you ever stay in Budapest and want the friendliest and most knowledgeable hostel staff around. They gave us a map in the morning and pointed out the tourists’ points of interest, their favorite restaurants, and cool activities we could do. We started by going on a walking tour they recommended to us. Walking tours are great because they are free (minus the tip to your guide) and you can see many or all of the city’s biggest attractions in the matter of a couple of hours. In three hours we got to see St. Stephen’s Basilica, the Chain Bridge connecting Buda and Pest, St. Mathias Church and the Fisherman’s Bastion. After getting some spectacular photos of the sunset over Parliament, we walked back and had a leisurely dinner at a Mexican-American fusion place, which was delicious and a welcome change from our standard Italian fare. That night our hostel took us on a pub crawl of the famous Ruins Pubs. The pubs are buildings that were bombed during the war, but because of historical significance can’t be refurbished or altered structurally. Someone got the brilliant idea of turning one of them into a cool pub, and about 15 more followed. Each one is unique and has its own funky vibe, so it’s worth checking a couple out.

The next day we were deliberately casual about seeing the city. We walked around for a couple hours, got lost, shopped some and went to their Great Market. It’s a giant two-story warehouse filled with all kinds of food vendors on the first floor and souvenirs on the second. After admiring the many t-shirts, dolls and paprika stands (they really love paprika in Budapest) we went to my favorite restaurant of the whole spring break.

It’s called Bors, and I am happily devoting a whole paragraph to it because it changed my life. From the outside, it looks like a simple sandwich and soup shop. When you walk inside, you can hear some older rock and see the creative concoctions written on the board that comprises the day’s menu, and you know you are in for a treat. The establishment is run by a chef who used to work at a 3 Michelin star restaurant in Paris, but got fed up with haute cuisine and decided to open up shop in Budapest. From the French Lady sandwich, which is basically French onion soup on bread to the Thai Massage, a spicy chicken sandwich toasted to perfection, the sandwiches go perfectly with the daily changing soup menu. One day, you can get a modified goulash. The next, a plum soup or butternut squash or peanut, caramel and bacon. Everything you try, though, you will love. When I looked up Budapest restaurants, I was shocked a sandwich place was in the top five. Now I’m shocked it’s not number one.

On Sunday, we treated tired bodies to the infamous Szechenyi Thermal baths. They are part public pool, part spa and totally worth the (slightly) expensive ticket to get in. They have around 15 indoor baths, each heated to a different temperature to suit your individual needs. The outdoor pools are also heated, and feature jets and a waterfall. We easily spent 3 hours there, but you could spend the whole day especially if you got one of their massages. We ended our time in Budapest with our friends we made at the hostel, hanging out at a ruin pub and having a blast.

Monday we flew to Istanbul, which is huge. It’s the biggest city I’ve ever been to. It literally spans continents. The buildings are right next to each other and on top of each other, and people are walking everywhere, on roads, in front of cars, and into you. There are also stray dogs and cats everywhere, almost as many of them as there are people. It’s an overwhelm place. We spent most of the day flying, so finally by the time we got to our hotel we were exhausted. However, the owner was so nice. He offered us coffee, gave us a map and showed us the differences between the newer Istanbul and the older Istanbul. He even gave us a free upgrade to a room with a balcony. There was a beautiful view of the sea, and we could hear the call to prayer at different times during the day. After sharing a room with 10 other people, it was a treat. We went to the kebab place around the corner for dinner, and were treated to some very authentic Turkish food.

The next day we went to the Museum of Innocence, which was recommended by Lauren’s friend who had studied abroad in Istanbul. It’s a museum based on a novel, the Museum of Innocence by Orhan Pamuk. I would recommend reading the book before going, but it was still one of the most unique museums I’d ever been to, considering it was based on a novel based on a true story. Afterwards we checked out both the Spice Bazaar and Great Market. Now if you don’t like people yelling at you, feel uncomfortable in large crowds or get anxiety at the thought of wandering endless aisles of vendors; please do not visit either of these places. In general, vendors from Istanbul are more aggressive than other countries. But here, they were downright ruthless, using every ploy imaginable to lure customers into their shops. You also have to be prepared to haggle down a ridiculous price set for foreigners. If you think you can handle it though, it will be an experience you won’t forget.

The next day we were determined to hit the rest of the big lures: the Blue Mosque, Hagia Sophia, Tokapi Palace and the Galata Tower. Thankfully they were all within a 20 minute walk from our hotel, so we didn’t have to navigate the public transportation too much. I love mosques, maybe even a bit more than churches, at least aesthetically. They are so clean, and open, yet their details are so intricate and delicately formed. It was a big change from the gothic churches we were used to seeing. We ate lunch on the water, and wandered around in search of souvenirs. Istanbul also has some of the most impressive street art I’ve seen, so getting lost is actually quite fun. After visiting a couple more mosques (there are probably thousands) we ate fresh baklava by the fountain in front of the Blue Mosque, watching people and stray cats pass. Then we headed to the airport, to begin our next adventure.

After a two hour layover in the Ukraine, which was sad and grey, we finally made it to our last stop, Prague. We had some time before we could check into our hostel, so we wandered around the old town and had lunch at a very Czech restaurant, beloved by locals for its goulash, bread dumplings and beer. Prague was a lot like Budapest, except it had sustained almost no damage in the war so there were buildings from all different time periods, and it was very pristine. After checking in to our hostel we walked around some more, and crossed the St. Charles Bridge, which was much less crowded at night and very beautiful. We got back just in time for another pub crawl, but after touring the eccentric Ruins Pubs, it was a bit lackluster. However it’s nice to have people who know where they’re going and will get you home safe, so overall it was a good night.

The next day we went on another walking tour, which everyone thoroughly enjoyed. Our guide was entertaining and we learned a lot about Prague’s history during the war, its subsequent communist period and the rise of its most famous author, Franz Kafka. We got to walk around the old Jewish quarter, saw the only cubism building in Prague, the Powder Gate, the Rudolfinum and many more sights while still having time for a quick coffee break. Afterwards we opted to buy tickets to the Jewish Cemetery and the Pinkas Synagogue. It was a really moving and difficult experience, the Pinkas Synagogue has all the names of the victims of the Holocaust from Prague written on their walls, and they fill every spot they can. In another area, there are drawings from children in a concentration camp depicting daily life and what they think it would mean to be free again. The cemetery stands several meters higher than the road outside it, which seems odd until you learn that for years Jews weren’t allowed any more burial ground, so there are 14 layers of coffins. It’s very sobering to think about as you walk, looking at headstones from as far back as the 1500’s. Afterwards we had dinner and the most famous beer in Prague, Pilsner Urquell for the first time. It was pretty good, better than any beer I’ve had in America.

We had heard about a place called the bone chapel, located about an hour outside Prague that had been decorated with the skeletal remains of those who had been buried there. There is no conclusive answer on why someone would dig up bodies and stack their bones, but it is now a pretty big tourist attraction in a very small town. We decided instead of paying for a tour, we would just hop on a train and go there ourselves. After a long train ride through the Bohemian countryside, we made it to Sedlec. After a 2km hike, we were finally at the infamous Bone Chapel. After our long journey, we had built up a lot of anticipation. At first it was creepy, and unnerving to see a chandelier of a skeleton, and bones piled higher than your head. But the chapel was small, only one room, so after fifteen minutes we had snapped all the pictures we could and left to find lunch. Was it worth the time and money to get there? Not really, but I will (hopefully) never see anything like it again. We hopped on the next train to Prague and meandered on over to the John Lennon Wall. If you’ve never heard of it, it’s a wall filled with Beatle lyrics and notes of peace and love that has been around since the 80’s, to the dismay of the communist regime. We got a couple pictures with Lennon himself and our favorite notes from people around the world. We finished the day by stopping at the chocolate museum, which was sadly closed but their store was still open, so we indulged in waffles covered in chocolate and powdered sugar.

After 10 days of surviving on only enough to fit in one backpack, sharing my room with 10 people and my bathroom with 40, not understanding anything anyone said ever and getting lost at least 3 times a day; it was amazing to get back to our tiny, perfect Perugia. To lay in our own beds and have consistent Wi-Fi really felt like home. However, I wouldn’t change one thing about our spring break. I’ve made friends I still talk to and got to go places I never even dreamed I could be one day. All in all, it was a perfect last spring break.