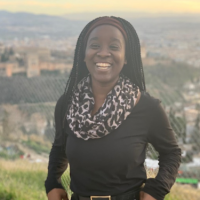 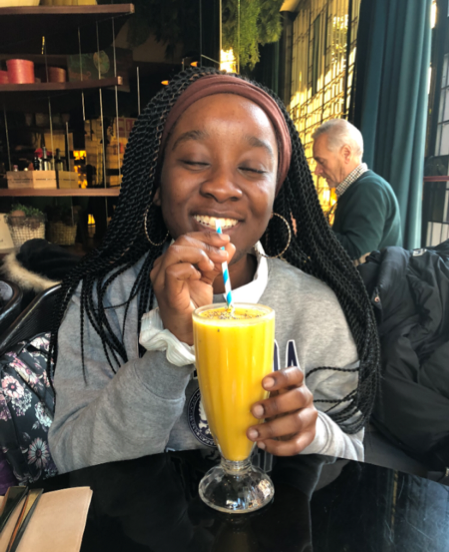 I’m a vegetarian, which in the United States (U.S.) generally defines a person who does not eat meat. Occasionally vegetarianism includes people who eat seafood, but otherwise, do not eat meat. Based on a person’s definition of meat, vegetarianism can hold many definitions. When I go to a restaurant in the U.S. and say, “I’m vegetarian,” that statement usually ends the conversation. The server understands that I do not eat pork, beef, chicken, turkey, or any other animal-based dish on the menu and I’m pretty confident that I won’t find chicken chunks in my salad or turkey slices on my sandwich. However, when I go to a restaurant in Spain and say, “Soy vegetariana,” that statement usually starts the conversation. I always, always need to specify that “Yo no como carne ni pescado.” If I don’t clarify that I do not eat meat or fish, I can almost guarantee that my server will suggest a seafood platter. One of the first lessons I learned in Spain: Spaniards generally do not consider seafood as meat. This was not a tough lesson to learn because, as I mentioned before, some people in the U.S. do not consider seafood as meat either. Though, when I explain to people in the U.S. that I do not eat meat or seafood, they understand that I will not eat fish, tuna, or un poco de jamón (a little ham). I can not say the same for most Spaniards.

In January, when I went to Madrid to meet the students in my study abroad program who came after pre-session, (click here to read why everyone thinking about studying abroad in Granada should do pre-session) I experienced my first frustration with Spaniards’ flexible definition of vegetarianism. Since Arcadia University provided lunch for us during this Madrid Orientation, we went to a carnicería (meat shop) for lunch. When I saw the hanging pieces of ham in the window, I did not expect to eat anything from there for lunch. However, the assistant director reassured me and my fellow non-meat eaters that the meat shop had vegetarian and vegan sandwiches. In hindsight, I should have checked the sandwich before I accepted that it did not contain meat. A few hours later when I unwrapped my lunch, I discovered a soggy sandwich, dripping with liquid from pieces of tuna. I remember feeling hungry, frustrated, and disgusted by the smell of tuna. I tossed the allegedly vegetarian sandwich in the trash and bought noodles from a nearby restaurant. That’s the last time I trusted a meat shop to sell me a vegetarian sandwich.

The second time a restaurant betrayed my trust was a few weeks ago in a restaurant in Málaga, Spain. Before I started to order my food, I specified to the waitress, “Soy vegetariana y por eso no como carne ni pescado, ¿cuales son mi opciones?” She kindly pointed out the house salad as a starter item for me. Again, I asked her what was in the house salad to make sure I would not find any meat or seafood in the house salad. The waitress assured me that the salad would have no meat. Five minutes later, she bought out a salad and sprinkled on top of the lettuce were pieces of tuna. The waitress must have realized my hesitation, and she asked if everything was fine. When I told her I don’t eat tuna, she seemed confused, but she didn’t ask questions and offered to make a new salad without the tuna. I thanked her and waited another five minutes for my vegetarian salad. When she bought out my salad the second time, I checked over and under the lettuce for any hiding pieces of tuna, and thankfully I couldn’t find any pieces of tuna or meats of any kind.

Although I have only had two distinctly disappointing experiences with Spanish restaurants serving me food I don’t eat, I have had plenty of casual conversations that highlight the difference between the general definition of vegetarianism in the U.S. and Spain. For example, although my host mom already knew I didn’t eat meat, the first day we met she asked exactly how I defined vegetarianism. I told her, “No como carne ni pescado.” She followed up and asked, “pero huevos y leche, estan bien?” (but eggs and milk are fine?) I explained that yes I still eat eggs and cheese, and drink milk. From my point of view, those dietary restrictions separate vegans from vegetarians, but my Spanish host mom saw things differently.

This theme continued to repeat itself in Spain. When I told a teacher at my internship that I am a vegetarian, she also asked me if I eat eggs and drink milk. This time, I explained to her that vegans don’t eat eggs or drink milk. Despite my explanation, she seemed confused and asked the difference between veganism and vegetarianism. I thought I just explained the difference, but still, she gave me the opportunity to practice my Spanish, so I further explained to her that vegans consume nothing from an animal which includes honey, eggs, cheese, milk, and all forms of meat, including seafood. Then I explained to her that I don’t eat meat, including seafood, but I do consume products that come from animals like honey, eggs, cheese, and milk. At the end of the conversation, she seemed to understand a little better, but she didn’t seem fully convinced.

My host mom and one of the teachers at my internship showed me the other side of Spaniards’ definition of vegetarianism. While, many southern Spaniards will try to convince me to try a little ham because the Iberian ham in Andalucía es precioso, that seafood no es carne, and that tuna no es pescado, there are also Spaniards who place people in two broad categories: those who eat meat and those who do not. If you fall into category two, then that fits the U.S.’s definition of veganism, which means you don’t consume any products derived from animals. Though, if you’re anything like me and “eres vegetariano(a),” then you will have a tough time explaining your dietary choices to Spaniards.

Sometimes it gets frustrating. Sometimes the chef will put tuna in a vegetarian salad. Sometimes people will look at you funny when you explain that most vegetarians eat cheese and drink milk. Sometimes people will ask you to try shrimp paella because it’s an authentic Spanish dish. However, I have officially spent three months in Spain without eating meat, or seafood, or tuna (if we are going by that definition of Spanish vegetarianism) and it’s certainly not an impossible feat. You just need to know the right thing to say in conversation. In Spain, it’s not enough for me to say, “Soy vegetariana.” I need to explain that I don’t eat meat, seafood, or tuna, but eggs, milk, and cheese are all perfectly fine. It’s a new concept having to explain my dietary choices to such lengths at restaurants and in social situations, but it gives me a reason to practice my Spanish, and isn’t that what I came to Spain to do?