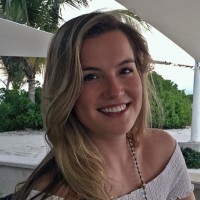 It’s been so hard to find the time to sit down to write this blog post. As the end of my second full week in Edinburgh approaches, part of me feels like there’s no way I’ve already been here that long, and the other part of me feels like I’ve been living here for months! I’ve packed so much into just two weeks and I’m really starting to feel settled into my new home. In only 14 days I’ve hiked Arthur’s seat six times, traveled to another country, attended a literary pub crawl and learned how to navigate the city bus system. I’ve experienced flight delays, getting unenrolled from a class I could not have been more excited for, and have accidentally ridden the bus for two hours when it was only supposed to be a 10-minute drive. What I’ve learned in situations such as the bus incident is that every day presents the opportunity for personal growth and adventure. My initial reaction to being stuck on the bus was that I wanted nothing more than to get home as quickly as possible to continue to unpack my bags and settle into my new home, but exploring a new part of the city is just as valid as color-coding my closet as far as settling in goes.

This past weekend my friend Daniella and I went to Dublin, Ireland. While we were hesitant to book a trip the week before classes started, it was more than worth it. Getting to and from the airport could not have been easier! My new bus card includes airport transportation on one of the nicest buses I have ever been on! The bus is fully equipped with Wi-Fi, USB charging ports and even a monitor that keeps track of all airport departures and security line wait times. Our flight was delayed three times, so relieved was an understatement when we finally landed in Dublin. Daniella and I were able to pack everything we needed for the weekend in our backpacks, which allowed us to head straight into town to try our first Guinness at a local pub without needing to drop our bags beforehand. When we finally did check into our Airbnb we were greeted by Helen, a yoga instructor and nutritionist who has been hosting people in her adorable little centrally located apartment in Temple Bar for almost 10 years. For two college aged girls who missed there family’s she was exactly the person we needed to share a warm embrace with when we arrived in an unfamiliar city. When we booked the trip, Daniella and I weren’t so sure about sleeping on a strangers daybed, but she was the sweetest, most gracious Airbnb host I have ever had the pleasure of staying with (and she had so many great tips for us!)

For our first full day in Ireland, we went on a 13-hour-long tour of the west coast that departed from Dublin at 6:00am. Our tour guide, Tony, was not only absolutely hilarious, but he taught us so much about Irish history and culture as we passed various castles and farms in the Irish countryside. Our first stop was Cliffs of Moher and I can confidently say I have never seen anything more beautiful. On at least four separate occasions I overheard fellow tourists expressing their frustration with the inability of their camera lens to truly capture the vast, magnificent beauty of hundreds of feet of ancient rock leading down to a crystal blue-green coastline. I am already looking forward to my next visit. Our next stop was in Doolin, the traditional music capital of Ireland that also boasts fresh fish and chips. After lunch, we then walked along the docks in Galway where there were different genres of live music performed at every street corner! We tried Murphy’s ice-cream, and old-fashioned artisan ice-cream made from the milk of the rare Kerry cow native to Ireland (obviously we elected to go for the Bailey’s flavor) and then headed back to Dublin for another night of seeking out live music in various pubs throughout Temple Bar.

Despite the previous day’s extensive tour of the Western Coast of Ireland, we were determined to cram as much as we could into our one remaining day in Dublin. I think we just about covered every recommendation in the copy of Lonely Planet- Europe Edition that I brought along with me to inform my weekend traveling this semester. We saw the Book of Kells at the National Library on the Trinity College campus, St. Stephen’s Green, Dublin Castle, St. Patrick’s Cathedral, Guinness Storehouse, had lunch at the Queen of Tarts, strolled through the National Gallery and then spent the rest of our time in the Dublin Writer’s Museum (an English majors’ Disney World) before heading to the airport.

Even after two days of non-stop exploration and jam-packed itineraries, I was energized by my arrival back in Edinburgh. When we got off the airport bus at Waverly station, my friend Daniella and I looked at each other and couldn’t help but breathe a sigh of relief through our enormous grins. We were relieved to have our first independently planned travel experience under our belt (the first time either of us had been completely in charge of ourselves and the direction of our experiences), and we were relieved to be back in a city that feels more and more like home every single day. Normally after a trip like that I would’ve driven straight home to collapse in my bed, but seeing the Edinburgh castle all lit up and weaving my way through crowds of locals heading out for the night was enough to motivate me to head straight to my friends’ apartments for a reunion. Even though it was only a two-day trip, we decided it had felt like years and caught up on our time apart from each other as we revisited all of the places we now claim as our favorite spots in our new city.