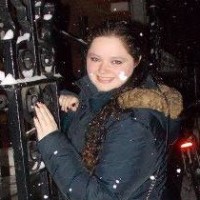 On the weekend of May 1st the world was awaiting the announcement of the royal baby. So many people were guessing if it was going to be a boy or a girl and what the name was going to be. On May 2nd Duchess Catherine went into labor and not many hours later the world found out a princess was born. This was so exciting to be in London during this time! Last time I was here I missed the royal birth of Prince George by a few months so I was so happy I could join in on the celebrations this time.

As soon as we found out the baby was born, my friends and I ran to the Lindo Wing at St. Mary’s Hospital to await the Royal Family coming out to introduce the princess to the world. As time went on we finally saw the doors of the wing open and out came the adorable family. They were glowing with joy! Duchess Catherine looked absolutely amazing for giving birth just hours before! It was such an experience to be able to see this happen! Once they went back in, my friends and I headed out and waited for the sun to go down over London and for the moon to come out because we heard that London was going to be lit up pink in honor of the princess. As time went on and it got darker Tower Bridge became pink! It was so gorgeous to look at!

I was overjoyed that I had the chance to be in London and celebrate with all of England as they celebrated on this joyous occasion. Besides celebrating the baby, I got to be at the FINA event where Great Britain Olympic diver Tom Daley won gold! Tom Daley is very well known from the 2012 Olympics where he won bronze in London. He got the chance to return to Queen Elizabeth Olympic Park and dive at the Aquatics Center again with a home crowd! It really was so marvelous to see one of my favorite athletes compete, let alone win gold in his event!

This trip definitely has had so many wonderful experiences that I do not want to leave in a few short weeks! I would not change any of it for anything in the world. I am so lucky and thankful for everyone who has made so many dreams come true!