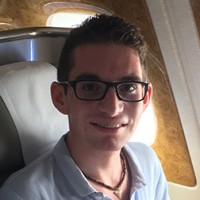 Before I got to New Zealand, I experienced a high of the entire trip: the island hopper. I look back and am thankful I did this at the beginning of the trip; accomplishing a lifelong dream at the very beginning set the tone for the entire semester that anything is possible, and I have ridden the residual high from that event until the very end of the semester.

Driving on the “wrong” side of the road

I had been hoping to have a go at driving on the left for awhile, and I finally had my chance in both Dunedin and Piha Beach. I am still alive, so I guess I am alright at it.

Kim is my closest Kiwi friend, and it all started on the first night of mid-semester break in Auckland. We had Global History together but had not talked too much before this; we decided to have a few drinks in the park and just talk about deep topics, and it led to what I am confident will be a lifelong friendship!

I am grouping these together because both happened on the way to or on South Island during the same week. The Emirates flight on the superjumbo A380 was epic in every way, and the all-day TranzAlpine was my first glimpse at New Zealand’s Alps; not to mention traveling through sun, clouds, rain, and snow on the same trip. I will likely go through the terminus, Greymouth, towards the glaciers next time I visit NZ.

Exactly halfway through, I got to see The Killers live for the third time. Quite a memorable show!

An ultimate escape weekend was just what I needed after submitting my essays, and I got the perfect one during my second visit Down Under.

A rare clear day on my off-season visit to Milford Sound showed off its beauty; ending this exhausting trip with Fergburger was on point.

Bonding with cat and human friends at the cat café

Banksy, Mango, Hamburglar, Orson, Lady Mary Clawley. The names are likely meaningless to you but they are my favourite cats at the cat café, and they played a huge role in keeping me de-stressed. I also met another Kiwi friend, Pyper, at the café and we got on really well!

What I’ll Miss Most:

Traveling virtually every other weekend

According to my Kiwi mates, I covered as much ground as any study abroad student. The ease and freedom of going somewhere new multiple times a month was thrilling and rewarding. Even though I saw lots, there is still heaps more out there in New Zealand that I did not get to this time!

NZ’s people and my mates

New Zealand is home to some of the most friendly people in the world. Coming from the US, you will be pleasantly surprised by this. I will miss the kindness, as well as all my Kiwi friends I made throughout the past several months. Shout outs to Kim, Puspa, Christa, Stuti, Sarah, Pyper, Anita from Aus, and anyone else I may have missed.

Getting food was the highlight of many days. I am a fan of American cuisine as well, but I definitely miss my favourite takeaways.

I annoyed the life out of Auckland Uni and Carlaw’s higher-ups (Micheal, Jacob, and Anna), with good reason, due to the uni tech department’s seeming indifference to the students’ WiFi problems; to clarify, those three were generally helpful. To an extent, it worked. For the final three weeks, ever since the fiasco where the WiFi was intentionally disengaged for two hours by the uni, it has worked better meaning they (FINALLY!) did something right. I feel like I made a difference for people following in my path, and that is a good feeling.

Auckland’s transportation infrastructure is unfortunately not on par with many equally developed cities. For one, getting a student concession on your public transport card is an incredibly difficult numerous step process compared to the US or Europe where you just show a Student ID. In addition, many employees do not understand how the process works. There is a lack of efficient trains as well.

A lot; I would not be who I am without this experience, and it was exactly what I needed. I was debating between Australia and New Zealand at the very beginning and my mind and heart picked correctly; so there’s lesson number one, trust your decisions. I have built self-sufficiency, nearly perfected my already sharp planning skills, became more self-confident, taught myself how to make (local) friends from scratch. I have learned how to identify what is going well and what could be done differently in the future. The list goes on, and the great thing is everyone will learn something different and become a better person by spending a semester abroad. I know I have.