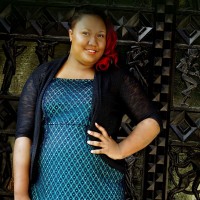 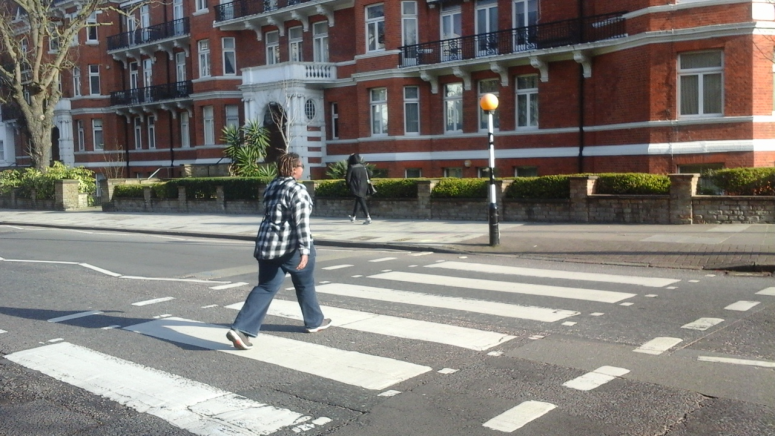 At UK universities, we have something called “reading week”. Similar in time length to the United States’ spring break, it’s advertised as a time to catch up on your studies and plan ahead for essays.

And most native students do that. But us study abroad students? We take advantage of the extended length of time to travel through Europe if we can. During the University of Stirling’s Reading Week in February, my friend Ashley and I decided to head south to London and the English countryside for three days of history-centered exploration. Some things went well, some were lessons learned. But, ultimately, I fell in love with London: so much, that I’m planning to study abroad there during my junior year. Until then, read about my taste of London life below.

DAY 0: STIRLING TO FALKIRK TO LONDON

We decided to take an overnight bus into London. That way, we could arrive into London fresh eyed in the morning and ready to spend the whole day in the city.

We were dead wrong. You couldn’t sit up in your bunk, the motion of the bus made sleeping a little weird, and, worst of all, the WiFi was essentially non-existent. I got around 3 hours of sleep that night, far below my normal 8 (or 12...). But, it was a cheap way into London and they gave us free snacks. Cool.

DAY 1: THE FREE SIDE OF LONDON

I woke up around 5 in the morning, seeing the fringes of the city passing by in my window. My stomach flipped – from excitement or the rocky bus, we’ll never know – as we edged closer and closer to the heart of the city.

Once we arrived in the city, we got pretty lost trying to find the bus to our hotel. Luckily some kind Londoners directed us toward the right stop. We clocked in our Oystercards (a plastic card essential for London travel) and headed to our hotel to check our bags. The hotel was housed among a string of other mid-budget hotels near a busy underground station. The location was perfect, especially for the American in me: there was a McDonalds right around the corner! (Side note: if you ever head to London, forget Google Maps. These are your best resources) 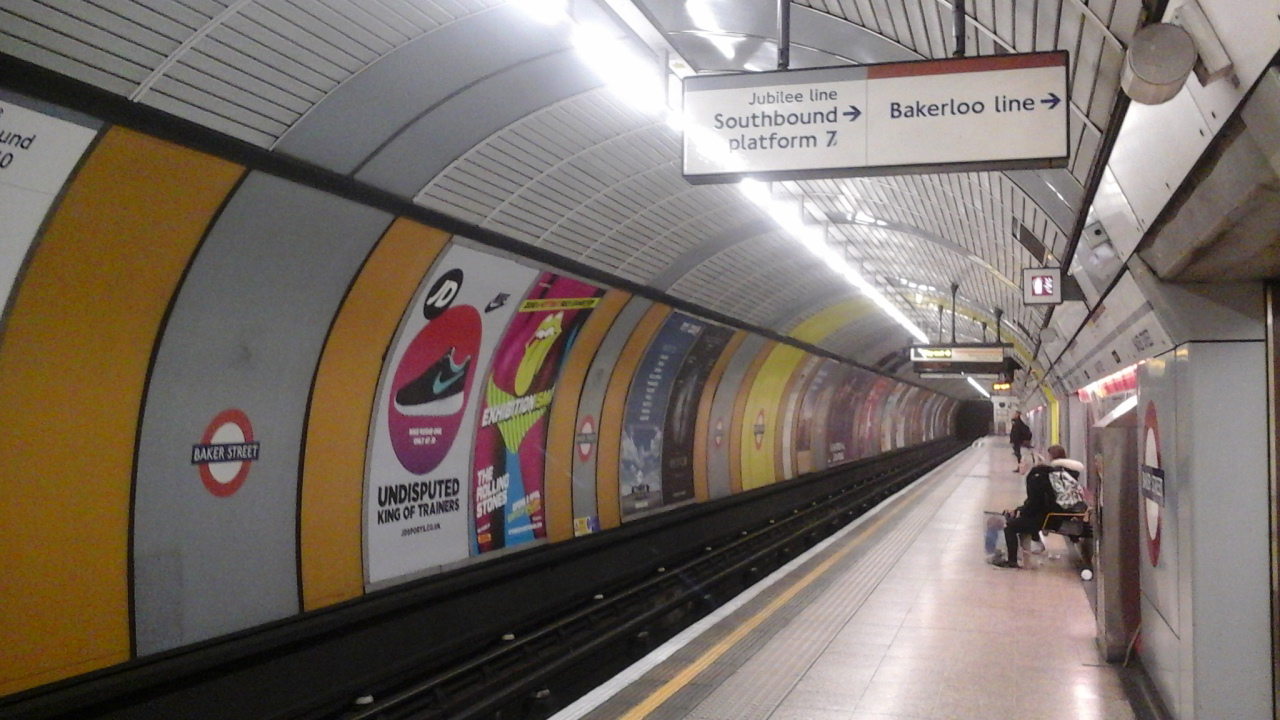 Now, it was time to conquer the London Tube system. If you’ve never been on the Tube before, it’s a pretty daunting web of lines, stations, and westbound/eastbound distinctions that can get very overwhelming, very quickly. I ended up picking it up very quickly because A) survival; and B) seriously, survival. Aside from a slightly terrifying 10 minute forced train stop, all went well on the Tube during our London trip.

Safely packed in like sardines thanks to work commuters, we headed toward the Maida Vale rail station. Again, Google Maps almost got us lost, and a local helped us out and sent us on an easier route. Where were we headed?

We took each other’s photos walking across the road, which is still-functioning to traffic. We went to the gift shop to pick up souvenirs for our Beatles-loving family members. 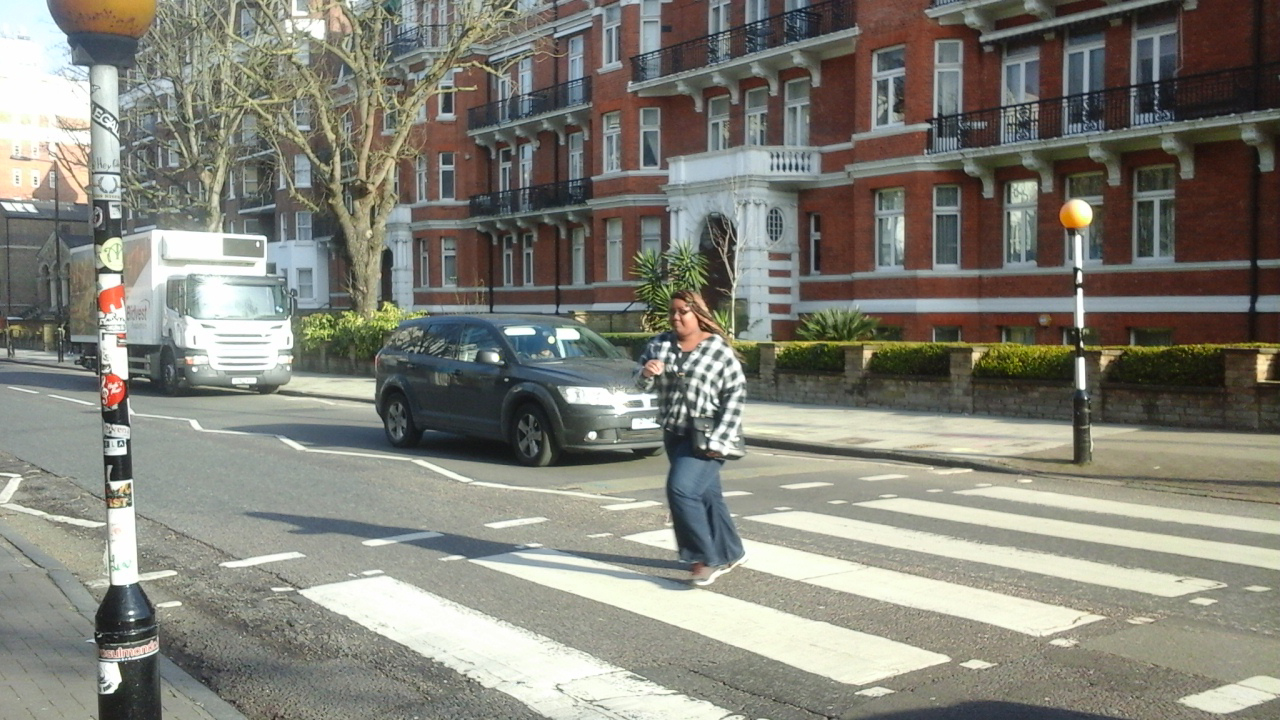 Next up on the itinerary was a free walking tour hosted by Underground London that took us through some of the most famous places in London. We went to Green Park, Buckingham Palace, St. James’ Palace, one of the richest neighborhoods in London, Trafalgar Square, Big Ben, Westminster Abbey, and many other interesting landmarks.

After the conclusion of the walking tour, we decided to go to Hyde Park for a bit of a rest among beauty. Then, we ventured to the British Museum. At that point, I was about to fall onto the floor from exhaustion, so I waited in the lobby as Ashley explored the museum. I got some pretty cool photos, though. Soon after, we headed back to eat dinner at McDonalds and I fell asleep in the hotel by 7 PM. It was a pretty exciting day, but what I was most looking forward to happened the next. 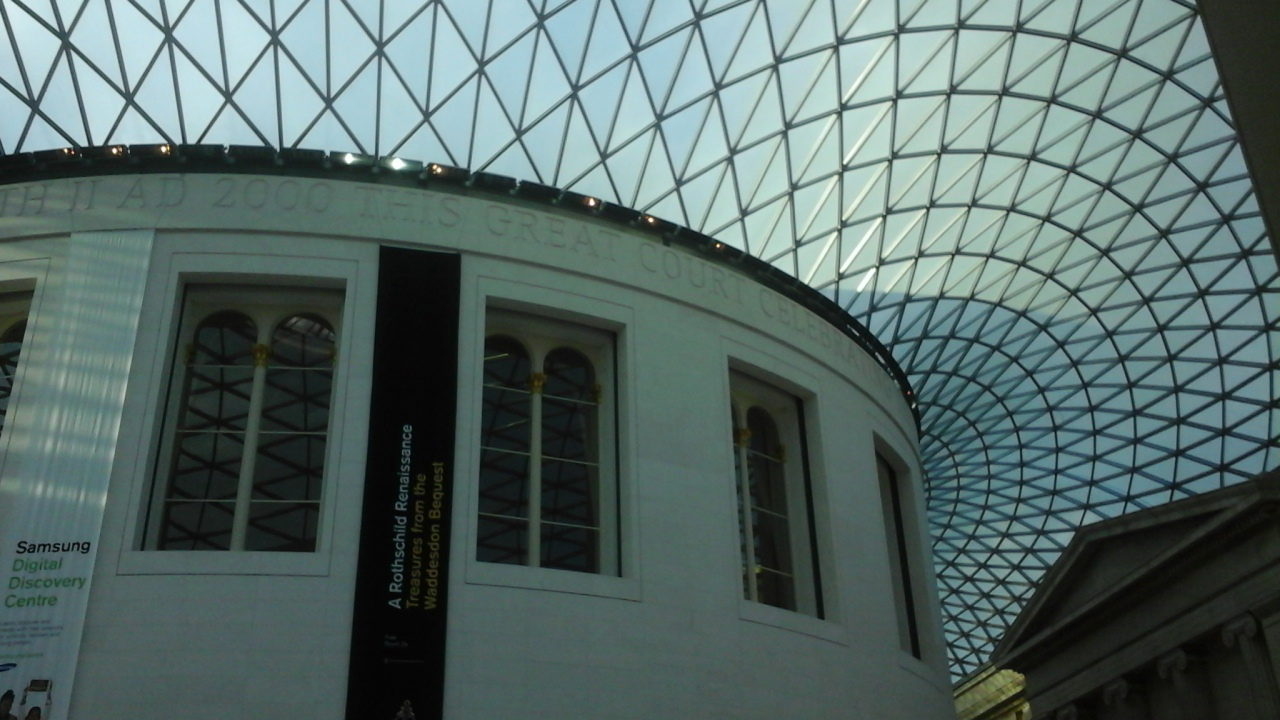 This spring, I read The Other Boleyn Girl by Philippa Gregory, which gives a fascinating glimpse of the world of the Tudor court and the lives of Mary and Anne Boleyn. When the two sisters weren’t convalescing at palaces, they often were sent to Hever Castle, a small estate in the English countryside. I decided that I had to venture out to Hever Castle during my time in Scotland. We were supposed to take a day trip out there (if you consider a four hour excursion a “day” trip).

That was before we missed two trains, and ended up alone in the English countryside.

The day started out to be so promising: we headed to Paddington Station and made our way down to the London Bridge station. We were catching a southbound train so I had to purchase our tickets at the station, as well as find the above ground train station.

Thanks to a slight Tube delay, when we got to the train station, we had about two minutes to do everything above. Although we tried our best, we ended up missing the train by one minute. One! Luckily, there was another one coming in an hour later, so we decided to relax in the station and eat lunch. I also found Philippa Gregory’s latest Tudor novel half price in a station convenience shop, so I was ultimately OK about missing the first train. (Then we almost missed the second one because our tickets weren’t working, but we won’t talk about that.)

On the train, we got ready to stop at Hever station at the appointed time. From there, a half hour walk would take us from the road and into a slice of history.

At least, it should have...we tried to open the train doors, but the ones in our car weren’t working. We ended up missing two stops and ended up in a tiny town, Ashurst, a solid two hours’ walk from Hever Castle. The one hour train wait theme began again, and we settled down at the station for another wait.

After riding the same train, walking a mile past farms and sheep, we ended up at Hever Castle and Gardens. The grounds were as beautiful as I’d read. The castle was a tiny thumbprint compared to the rest of the grounds (seriously, the gardens section was HUGE), but what a thumbprint it was! Previously the family seat for the Boleyns, located inside of the castle are historical treasures such as Anne Boleyn’s childhood bedrooms, original paintings of public figures, and still preserved relics. A moat surrounds the castle, a beautiful reminder of its previous function as an architectural shield. Also on the grounds were Italian gardens that led to a huge, sparkling lake, an enchanting Yew Maze that took about ten minutes to solve, and a gift shop filled to the brim with Tudor souvenirs. Of course, I bought a t-shirt describing the divorced/beheaded/died/divorced/beheaded/survived rhyme. 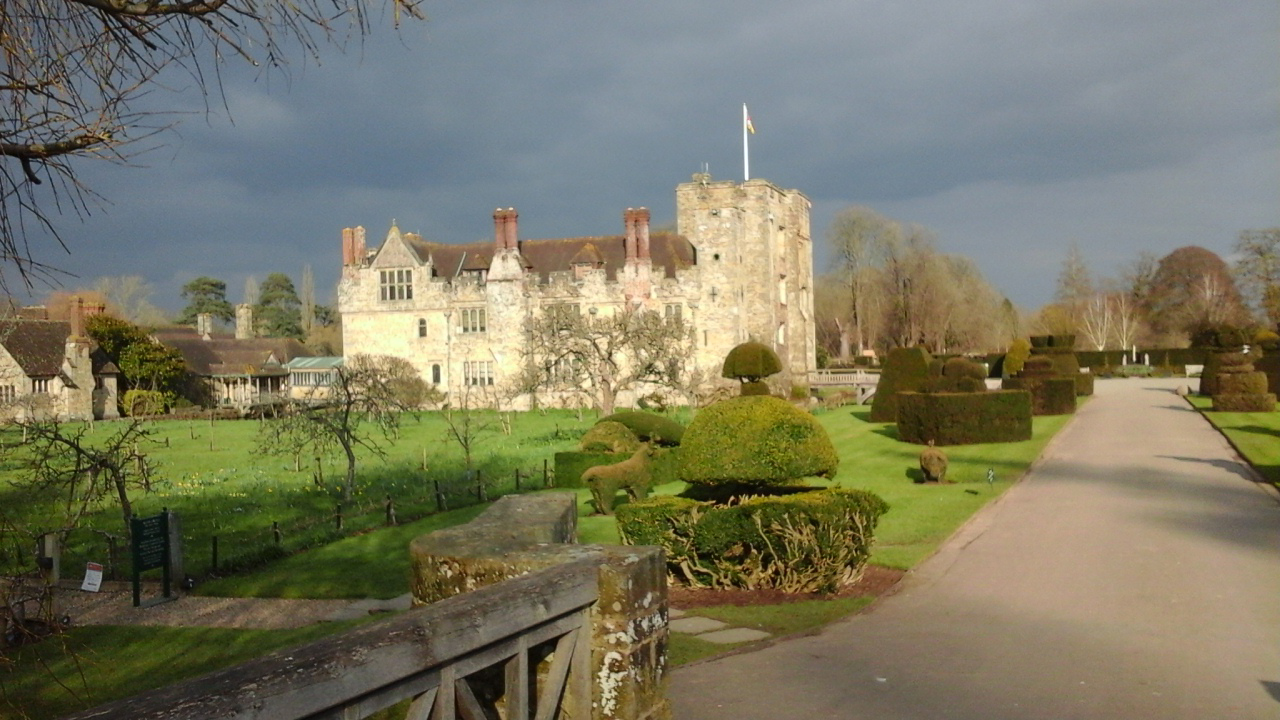 There was still some time left to explore, so once we made it back into the heart of London we hit Camden Town. The actual Camden Markets were closed, but plenty of merchants were still open, selling everything from gothic fashion to London-centric souvenirs. We ate the traditional fish and chips at a local pub, a truly English way to end the day. 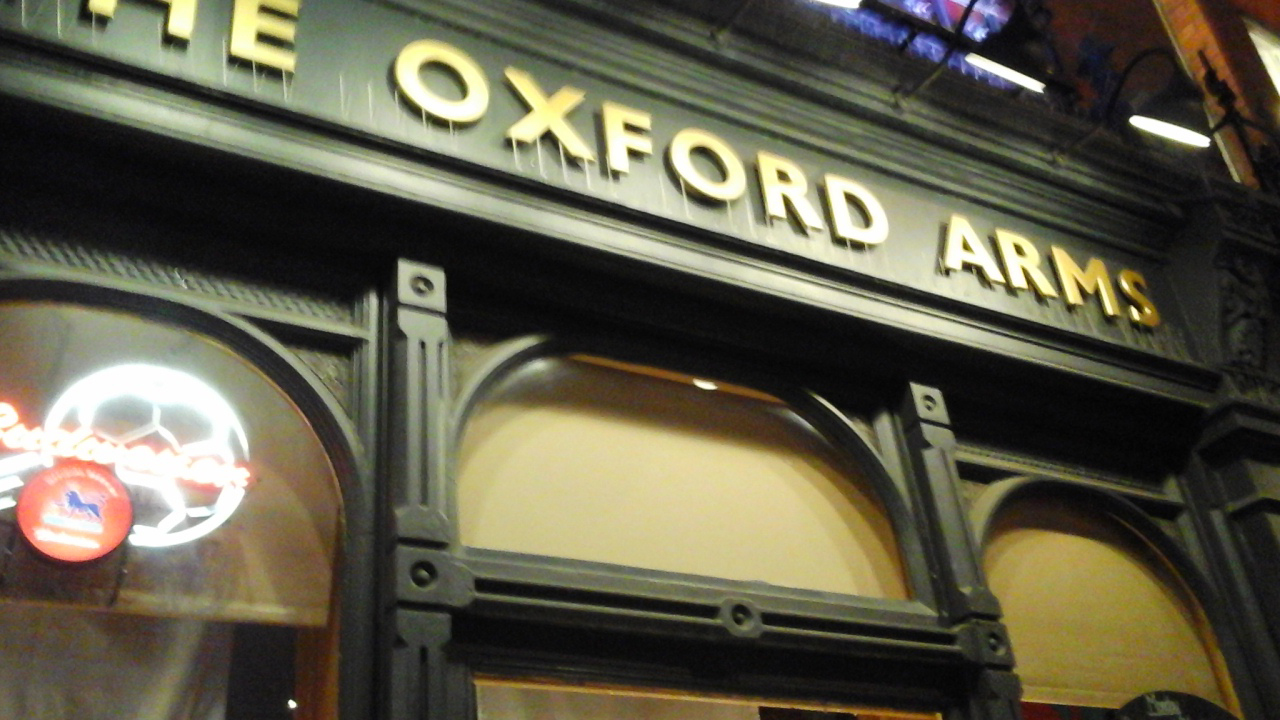 DAY 3: THE EXPENSIVE SIDE OF LONDON

We saved the best for last - and by the best, I mean the premier tourist-y attractions that cost a LOT of money.

We decided to purchase the London Pass, which gave access to many of London’s top attractions. We ended up only going to three, but they gave us our money’s worth, which is always a good thing.

Our first stop was Westminster Abbey. Westminster was likely the best part of my London trip! From the moment we stepped into the still-functioning cathedral, we were drawn into a world of English history. Many famous historical figures were buried here, including Queens Mary I and Elizabeth I, and Mary, Queen of Scots. Standing at the elaborately carved graves of three of the most powerful women in English history was a breathtaking experience, especially since I am interested in feminism and gender studies.

After the wonders of Westminster came a river ride on the River Thames. We got a quick tour of some of the seaside sights, which was nice. As we rocked back and forth on the boat, I couldn’t help but wonder if this was the path traitors went down to go to the Tower for imprisonment. I remembered stories of traitors’ heads being displayed on London Bridge, and shuddered as we passed under it. (Then again, the current bridge wasn’t the one there when all of that happened.) The River Thames ride took us directly to our next destination: the Tower of London. The best parts of the tower were the scaffold statue, Beefeaters, and the plethora of crows. 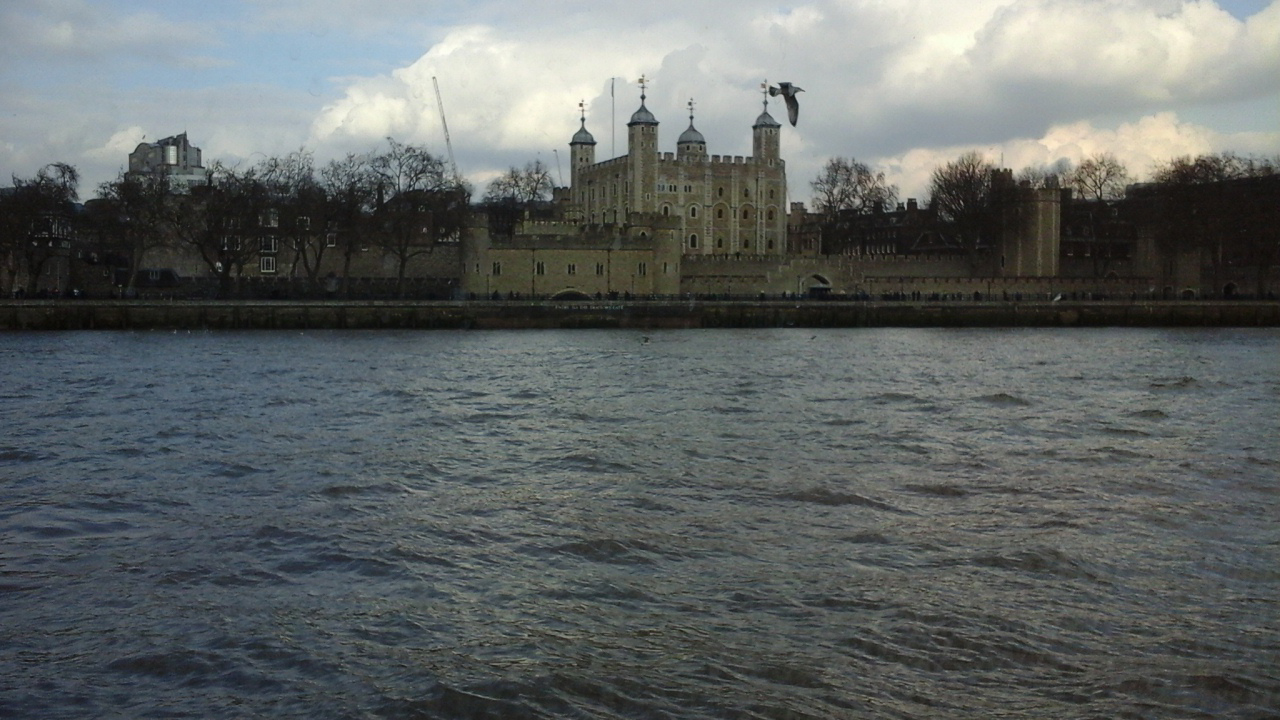 We ended up finishing the day with a river cruise back to Westminster, then a quick trip to see the Marble Arch at Hyde Park. It turns out that the street near the Arch has excellent shopping, so we browsed a few shops and ate dinner before collecting our hotel luggage. After another round of overnight busing, another train, and another bus, I was home.

As I slept in my own bed, something I’d been looking forward to all week, I realized that I couldn’t wait to do it all over again.