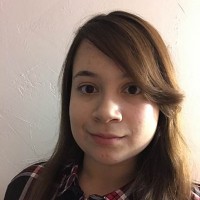 This was my first trip leaving Scotland and going to another country for a weekend. Honestly it was last minute and we just went for it. We booked it two weeks in advance and really weren’t sure what we were going to do, but had ideas. I have done more weekend trips since this and have been more prepared thankfully.

We left Edinburgh February 9th at 8:50 pm and landed in Cardiff, Wales; the capital. We looked before leaving for a bus to get us into center city and walk the less than 5 minutes to the hotel. We were successful, but failed to look at the times for the bus however. By the time we landed the bus had ended. We talked to another bus driver and he told us to get on his bus to the train station and take the train to the city center.

We arrived at this random train station in a neighborhood with no indication of the name of the town. We waited till a train came and got on. The train was gross. Everywhere you looked there was alcohol bottles on seats, tables, and rolling on the floor. Since it was like midnight, no one was on the train, but drunk people. Let me clarify, loud drunk men. They never bothered us or spoke to us which was perfectly fine by me.

We arrived in the city and we realized that we never downloaded the Wales map. The app that we have been using since it doesn’t require data is maps.me, but you have to download each location while on Wifi. Well we forgot so it took a while to find the hotel. Meanwhile drunk people were out and were either shouting or puking in the streets. Needless to say not the best night of my life.

Saturday was pouring down rain all day. We came all this way and since its just rain, we ventured through it. We went to Cardiff Castle and the National Museum of Wales. Both were nice, but best of all they were warm and dry.

Sunday was sunny day and we attempted to go to a market, but failed to check to see that is is closed on Sundays. We just kinda walked around and went to their mall. Then it was time to head to the airport and we return home.

This was not one of my favorite trips, but taught me the most.

I don’t regret it all, but if I got a chance for a redo there are somethings I would definitely change.