Peque for a Month 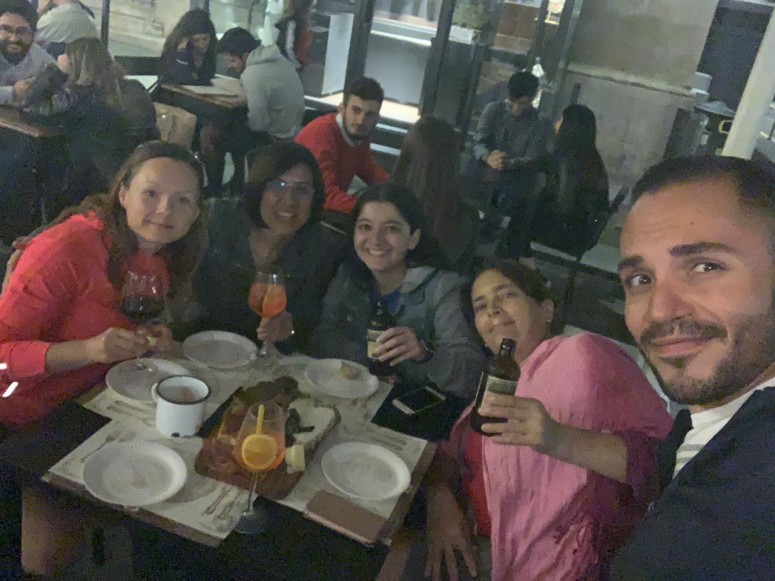 Before coming to Italy, I made a list of things I wanted to accomplish. At the top of that list was to meet as many Italian students my age as possible. Boy did I get that all wrong.

Just as I was settling into life in Perugia, I enrolled in the University of Foreigners of Perugia (or UniStraPG as it’s known around the city) for a month-long crash course in advanced Italian grammar—exciting, I know. Before coming to Perugia, I honestly didn’t even know that universities like this one existed. Hundreds of students of all ages from all over the world come to study in Perugia for one- or three-month semesters, taking courses like Italian language and culture, art history, history of Italian music, and so much more. And when I say of all ages from all over the world, I really mean it. My class had students as young as 18 and as old as 65 who came from Greece, France, Austria, England, Mexico, Indonesia… I could go on. But the thing that struck me most at the end of my month at the UniStraPG was that I had unknowingly made a significant amount of headway toward my goal of meeting as many new people as I could, even if it didn’t necessarily include meeting any Italian students my age.

I quickly became very close to a woman in her mid-fifties from Uruguay. We helped each other during class, spoke to each other in Spanish just to make sure we still could, shared stories about our families, and even went on weekend excursions together. She was my safety net for a whole month; the one I went to with home-sick rants, grievances, and general inquiries. If at the end of the semester I must choose one thing to be grateful for, I’d like to think that it’d be meeting Sandra.

Though she went home to Uruguay after the class was over, I know that she and I will meet again soon and that I will always treasure being her peque (short for pequeña or “little one” in Spanish), even if it was only for a month.