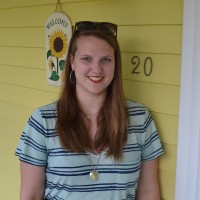 During the break between semesters, because I was under no obligation to stay in London: I didn’t. I spent twenty-five days traveling, that’s the longest amount of time I have ever traveled, usually a vacation lasts a single week for me. The other thing that’s different about this, I was traveling alone. Before I left everyone was telling me that they could never travel alone, or that I should wait and go with friends. However, my friends were either at home, weren’t planning on traveling, or just wanted to relax.

My first stop was Paris, France. Being in Paris in December, means that while not freezing, it is colder. While many women were still dressed very fashion consciously there were also many women in sweaters, coats, and Ugg boots, which is exactly what fashion books say Parisians don’t own and you shouldn’t either. Despite these boots being comfortable and warm, there is a bigger question here: how do our expectations of a culture fail not because of how we perceive that culture, but because of how that culture perceives itself? Furthering that, how does France, (in this case), market french culture and cultivate its own image of being fashion forward and fashion conscious?

Culture has three parts, according to Merriam-Webster, which defines it, as “1.) the beliefs, customs, arts, etc., of a particular society, group, place, or time; 2.) a particular society that has its own beliefs, ways of life, art, etc; 3.) a way of thinking, behaving, or working that exists in a place or organization (such as a business)” (Merriam-Webster). Each definition holds a part of it, the beliefs, customs, art, the way of life, the way of thinking, behaving and working are all dictated by our experiences, which is influenced by our environment, this explains why culture varies by region and country, which then creates specific cultural identities which then either alters, evolves, or reveres the beliefs, customs, art, and other traditions, creating a cycle, which creates a new or evolved environment.

And yet this culture is being (or was at one point in time) propagated by the French themselves. This then begs the question of when can we not dictate for ourselves what we ourselves are? If we are a collection of our choices and decisions, not just whether to wear Uggs or not, but also how we choose to speak, and act, or what we choose to speak or act for, then how do we create a perception that may not be true to who we really are? I do believe our lives are a summation of our choices, but if I am 21 years old, how many choices have I not made yet, or have made unconsciously, and not recognized I made a choice.

Our expectations and perceptions, of France being fashion conscious, change how we expect people to act, and perhaps more importantly react. This is a small example, and much doesn’t change really if women wear Uggs in Paris or not, only whether we think all citizens of France must be fashionable and look unbelievably put together at all times. Identity is a funny thing, because it is a choice about how we express who we are to the world, and within it, but the inverse is also true, how the world perceives us places us into boxes whether or not we truly belong there.

After Paris I spent two days in the south of France one day in Marseille and a little less than a day in Nice. Marseille was beautiful and I would like to go back.