On the Verge of Departure 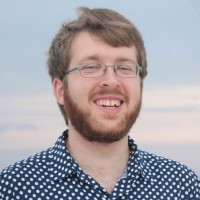 I’d be lying if I said I’ve started packing. I’ve started...thinking about it. That counts, right? I’m not quite in “frantic packing mode” just yet, but give it another week and I’m sure I will be.

The study abroad folks at The College of Wooster (my home college) said that you should make a list of everything you want to bring and divide it by half to get what you can actually pack.

All that’s to say, while I’m very excited about this program, it still doesn’t seem real. January 22, the day my flight leaves, is a very real date on the calendar and grows closer each moment, but in another way it’s still an abstraction.

And it can be little else. What experience, after all, do I have to compare to this? I’ve little basis for imagining beyond what I’ve heard and seen online.

Mind you, I’ve been abroad before. For four weeks in summer 2007 I traveled around England and Scotland as part of a program called People to People, but I was only 12 years old at the time, and the trip was very closely chaperoned.

I’ve never traveled abroad with any degree of autonomy, and never since entering “adulthood.”

It’s so close, so exciting, so utterly strange.

What compelled me to embark on this adventure, anyway? It all started a little over a year ago...

Why I Chose This Program

While the programs in Australia and New Zealand looked excellent, I wanted to pick somewhere that would allow me to explore Europe while still having an English-speaking “homebase.”

Having narrowed the options to the U.K. and Ireland, I eventually selected Queen’s University Belfast (QUB). Looking at its location, it was the perfect distance from the rest of the UK and the Republic of Ireland. I was especially intrigued by its proximity to Dublin, a city whose literary heritage is of great interest to me as an English major. Also, I don’t actually know anyone from Wooster who has studied abroad in Northern Ireland, so I thought I’d do something a little different.

There was another practical reason I chose QUB: it was only a couple hours from some dear family friends whom I’d known since I was very young. I figured it would be nice to be close to some familiar people so that they could show me around and help me if I ran into any problems.

Finally, I picked QUB because of its difference from The College of Wooster. As a decent sized urban university, it will provide an enlightening contrast to my current liberal arts college of less than 2,000 students.

What I’m Looking Forward To

There’s so much I’m looking forward to about my study abroad experience. Here are a few things I’m especially excited about:

What I’m Nervous About

While my feelings toward studying abroad are mostly excited, there are a few things I’m nervous about:

As my grandma keeps reminding me, studying abroad is “the journey of a lifetime.” While I certainly don’t plan for it to be my last great travel experience, I do aim to make everything I can of it.

Now if you’ll excuse me, I need to get back to packing. If all goes according to plan, I’ll be writing my next update from my room at Queen’s. Stay tuned!