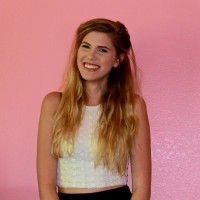 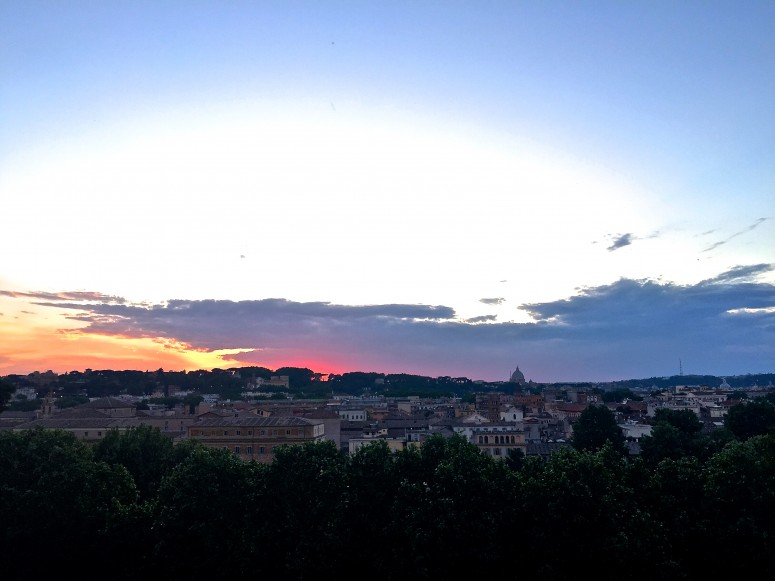 My grandpa died three days ago. It feels odd to say it—to put it in writing, have it out in the open. My grandpa died three days ago. It makes being abroad feel odd and ultimately, selfish. I know this isn’t the case—my grandpa wanted me to come abroad, he used to tell me every time he saw me how proud he was. But still, there’s something about it that feels off. I went out with my friends last night for the first time since it happened and I couldn’t help but feel guilty. Its a strange mix of emotions—guilt for having fun when I should be mourning, guilt for being publicly sad when everyone else is having fun, guilt, guilt, guilt. Every time I caught myself laughing I would pause, as though it were my turn to confess my sins: “Hello my name is Becca and my grandpa died three days ago.”

There’s something about openly mourning that has never sat well with me. I understand grief and I respect it, but generally its not something I believe should be widely publicized. But I thought it might be worth talking about here, if only because I’ve never heard of a study abroad experience not touched by some kind of grief. Last semester someone left the program early because of a death in the family. When my sister studied abroad, my grandma passed away, and when my best friend went abroad she returned home just in time to say goodbye to the horse she had raised.

The moment I got the news was the most alone I have felt in my entire year abroad. Grief is difficult in any situation, but there’s something about being so separated from your family that makes it hit harder, or at the very least with a sharper edge. There’s something about studying abroad that makes me feel like any moment not active is a moment wasted, and so carving out any pieces of my day to allow myself to be alone, quiet, and sad has seemed extremely selfish. At the same time, going out, doing activities, and being positive for the sake of the group atmosphere feels like a disservice to my grandpa and my family—as though to not be openly sad is disrespectful to his memory. After three days I am already beginning to feel more balanced, more at peace with the news and my grief, while still acknowledging that he certainly wouldn’t have wanted me to stop my life.

His funeral is today, but I can’t be there because I am 4,819 miles away. This has been the hardest thing to come to terms with. I’d like to think that he wanted me to be here, and that if his soul has moved on, he can hear me just as well from Rome as he could if I were standing in his kitchen. Still, I’m sorry I couldn’t be there. Like most grandparents, he tried his best to take an interest in what I was doing, which in my case meant my writing. He told me once that he was going to read all my books, but since that can’t happen now, I’d like to honor him with what little space I do have here, in front of what few readers I may have accumulated.

The first thing you’d notice about him was that he was toothless. Didn’t have a single one, hadn’t had them since before I was born—a walking, talking, denture-refusing advertisement for why a person shouldn’t dip. The lack of teeth made understanding him difficult, which is why my dad—his son—was almost always in the room when whenever we talked, a homegrown interpreter for my grandpa’s garbled speech. I wish I could have told my grandpa in person how much I hated that, that I knew how frustrating not being understood must have been. Despite that frustration, the thing I’ll remember most about him was his sense of humor—how happy he was in the moments I knew him. My grandpa lived a long and difficult life, most of which is shrouded in family mystery. I suspect it will stay that way for the most part, which is fine by me. I won’t pretend to know him well, but at the moment, my interest lies with the happy, funny man I remember from my childhood.

He lived in a teeny tiny Indiana town, which meant there wasn’t much to do at his house and we had to get creative. He used to take my sister and me on tractor rides on his John Deere—most of the time we weren’t even mowing the lawn, just riding around with grandpa. I remember one summer in July we spent a week on the front lawn catching fireflies. My sister and I would sit by the front window, checking every couple of minutes to see whether or not it was dark enough yet—whether or not the lightning bugs had come out to dance. And when they had, when the yard lit up with hundreds of little blinking butts, he and my dad taught us how to catch them, cup them in your hands, and watch your fingers light up.

My grandpa sat in his lawn chair in the yard, watching us run and jump and (in my case) scream when one of the bugs crawled on me. I remember very concretely standing next to his chair waiting to have ice cream when one of them landed on his arm, lighting up his elbow. My dad was on the lawn chasing my sister among the bugs, my mom laughing with my brother. The sun had just gone down (prime firefly hunting time, in case you were wondering). Things seemed to move in slow motion, noise slowed down, and I watched the bug light up and darken—light up, darken, light up, darken—as though it were inhaling and exhaling. Its a childhood memory that has stayed with me, and I’ll admit that each year it gets a little more embossed in nostalgia. But I do remember sitting next to my grandpa, feeling the heat of the day still radiating off the driveway, and watching that firefly light up his elbow. We stared at it on his wrinkly skin for a moment, no more than fifteen seconds, before he shooed it away gently.

“Better than fireworks,” he said, and winked. No interpreter necessary.

So, to Gramps, on the day of your funeral: I love you, I will always miss you, and I hope that wherever you are, you’re as happy as you are in my memories.