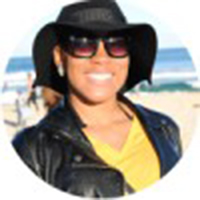 I have been patiently awaiting this day since I got accepted into this study abroad program, Sydney Internship Program Summer. Because this is my first time out the country I didn't know what to expect and I have to admit I was a bit nervous to leave, especially by myself. I arrived to Sydney approximately 2 days later (15 hours ahead of Chicago) and to my surprise I wasn't tired at all. It was probably the adrenaline and excitement of stepping foot onto international soil. Even though I have never been out of the country, Australia seemed to be very similar to the United States so that was comforting. I was able to use my city girl sense and maneuver my way smoothly into the city. I caught the train to Central and met other students from the program at the Adina Hotel which would be my new home for the next 2 months.

Staff from Arcadia University started our 3-day orientation welcoming us to Sydney. We roamed the city for what seemed to be hours and from there I knew that I couldn't have made a better decision than to be here in Australia. I immediately became comfortable with being uncomfortable. Later on when we were given free time I visited local coffee shops, cafe's and malls by myself to really get the feel of walking the streets as a temporary Australian. To be honest, I wasn't keen on doing activities alone, especially while in a foreign country however I was going to be living in Australia for 2 entire months. Why not get accustomed to local and city life? I am so excited to see what the next couple of weeks will have in store for me here in Australia!

Chamira is a student at the University of Illinois, Urbana and is blogging from her summer abroad with the Sydney Internship Program Summer, in Sydney, Australia.