New Adventures in New Zealand: Spontaneity at its Finest 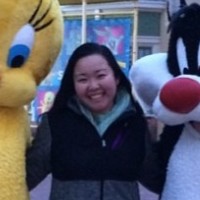 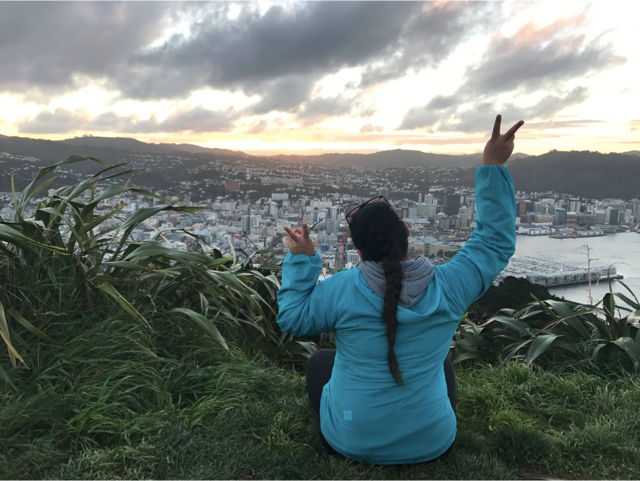 Welcome back! (Did you read my last blog?) I know it’s been a while since I went on break, but it’s been a bit hectic trying to get back into the order of things. I’m back now though!

So in case if the title wasn’t obvious enough, I spent my mid-semester break (or Easter Break) in New Zealand! I did something new and unexpected for this trip – I went by myself, and backpacked throughout the Northern and Central Island in less than a week!!! Crazy – I know! Let me be clear, I did feel lonely at times and upset that I didn’t have my friends sharing these adventures with me, but it was something different and looking back at it, I am extremely happy that I did this trip – even by myself.

Okay, I stalled enough… So during my week in New Zealand, I rented a car with a friend who I met at New Zealand (but actually goes to UniMelb with me) and although we drove to each destination together, we did have different plans for each destination. We didn’t exactly have an itinerary planned, like which towns or sites we were going to visit on what day; we only knew that we had the rental car from Tuesday morning until Saturday afternoon. Surprisingly, it all worked out, even with a few extra surprises! These are the cities I visited and some of the things I did!

So I arrived in Auckland International Airport on Sunday morning, around 5:30am. Since it was still extremely early, I stayed in the airport until 7am before catching the SkyBus into the city centre. I walked around Auckland and popped into some shops, ate lunch, and enjoyed the views at the Viaduct Harbour before grabbing dinner and calling it a night. 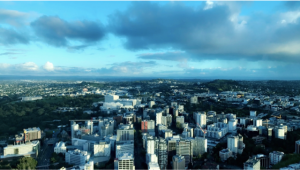 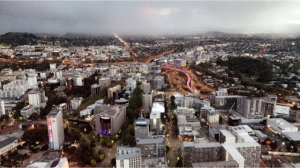 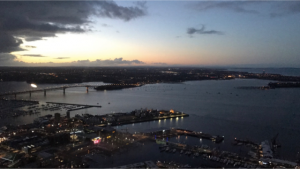 Next morning, I walked to the Toi O Tamaki Art Gallery (free entry by the way) and spent a couple of hours there. After that, I explored the CBD area and Queen Street and did some souvenir shopping as well as grabbing a late lunch. I went by the harbour again and walked around there before deciding on going to the Auckland Sky Tower. Luckily, they accepted my Melbourne student ID for the student discount, so that was great to save a few dollars. I stayed for a couple of hours, not realizing I was there for that long. It was amazing to see the bustling harbour city change from late afternoon to sunset to night time.

My friend took the car to Matamata to visit the Hobbiton Movie Set, so I decided to explore Rotorua on my own for a couple of hours while he was gone. Throughout New Zealand, there are tourist centres called “i-SITES”, or information sites. I grabbed a couple of brochures and started exploring the town. I visited the town centre and bought some gifts in the boutique shops, walked to the Botanical Gardens, visited some small galleries and free exhibits, walked along the Bay of Plenty, and ended up at a Maori spiritual centre. I met two girls (around 13) who sang me a Maori song that they learned a few years ago and showed me around the centre. There is also a lot of thermal activity in Rotorua, so it was kind of cool to see that randomly around the town, too. 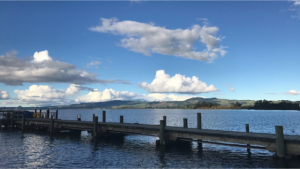 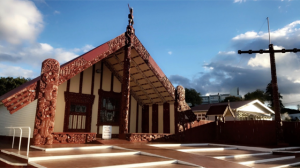 My friend originally was going to go on this eight-hour hike (I’m pretty sure he said the trail is 21 kilometres, which is about 13 miles) but since it was going to be about -3ºC/26ºF at the peak we decided to take the four-hour drive to the capital of New Zealand instead and postpone his hike for another day. Since we didn’t arrive until near 5:00pm, we drove to the top of Mount Victoria to the lookout area and saw the entire city of Wellington. We drove back into the city (by the way, the roads are very windy and it is very steep!) and started to explore a bit. We went on the Wellington Cable Car and got a different view of Wellington from the top, visited the Cable Car museum and walked around the Botanical Gardens. Afterwards, we went to Cuba Street and found a restaurant to have a steak dinner (yum). After dinner, we continued to explore the city a little bit more and met some backpackers who ended up traveling with us for the remainder of the trip (in their own rental of course). 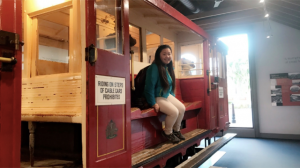 On the second day, we went to the Te Papa Museum, which is a six-story museum highlighting New Zealand’s history, art, culture, and more. (If you ever visit Wellington, I HIGHLY recommend this museum! It’s every kind of museum in one AND IT’S FREE!). I learned about the formation of New Zealand, volcanos and earthquakes, the different animals and unique plants, Maori art and culture, colonialism and migration, and their participation in war. After spending a couple of hours there, I headed to another free museum – the City Gallery of Wellington. There were two art exhibitions, so I checked it out and spent some time there before wandering off into the city again and exploring the shops and i-SITE. I met up with my friend again and we went to Mount Victoria one more time to watch the sunset and take lots and lots of pictures of Oriental Bay, the city, and of course the sunset. 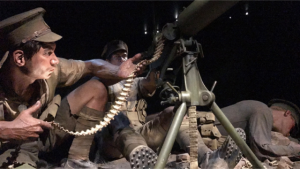 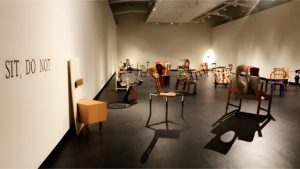 We didn’t spend too long here. He, along with the backpackers we met prior, decided to go on that crazy hike so we drove as close to the start of the trail as possible and started from there. We picked up a few hitchhikers along the way (oh yeah – did I mention that New Zealand has a strong backpacking and hitchhiking culture?). One of them ended up traveling with us back to Auckland since he had a flight to catch just a few hours before my flight, so it worked out for all of us, but anyways…

Here’s the significance of this place – I DROVE. So what? Well… In case you’re unaware, New Zealand (and Australia, U.K., etc) drive on the left lane and sit on the right side (opposite of the U.S.) and the laws are a bit different, and it’s in kilometres instead of miles. Was I terrified? Oh yeah, but I got comfortable fast and started to enjoy driving, though every time I wanted to put on the left or right turn signals, I would turn on the windshield wipers instead since those are reversed too… Anyways, so I drove to Taupo….

…and in Taupo, I found an i-SITE and found some free things to do in the city. This time, I had the car so distance was not an issue! Since the i-SITE was near a lot of shops and souvenir stores, I decided to do some shopping first before exploring. I then drove to the Huka Honey Hive, which is basically a small museum and store all about honey and the preservation of bees. I tried a few samples, learned a bit about bees, then headed to my next destination: Spa Thermal Park. It was beautiful out, so I walked the trail in the park and headed towards the lake which has thermal activity and mini waterfalls! Although I didn’t, you could jump in and take a swim and enjoy the thermal waters near the waterfalls, or the cool water near the bridge and path. I headed back towards the city and explored the rest of the town, coming across Graffiti Alley, giant paper clips, and finished at Lake Taupo just in time for the sunset. 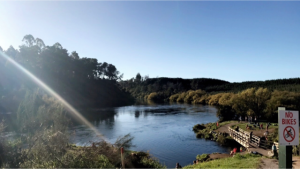 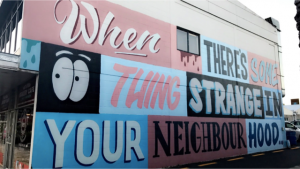 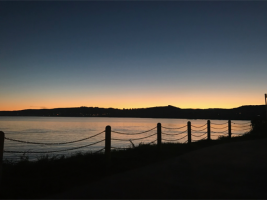 Before heading back to Auckland the next morning, we decided to make one final stop: Huka Falls. It is the most photographed natural destination in New Zealand, and I can see why. I can’t explain how awesome it was, so look at my pictures and Google it yourself ;)! There’s also thermal activity so it was kind of warm and nice at 8am when the temperature was 0ºC/32ºF.

Off to Auckland & back in Melbourne!

I took over 700 photos and videos in the week I was in New Zealand… oops..

If you want to see more, my Dropbox Folder organized by cities/towns or while traveling/passing through.

I have three weeks of classes left; seven weeks before departure back to the U.S., what else am I going to do?