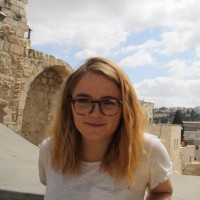 In the Xhosa tradition it is important to show respect to your elders. Older women are to be addressed as “Mama”, while your peers are “sissy”. So, while my real home is hundreds of thousands of miles away, this past weekend, while at Gugulethu, surrounded by “mamas” and “sissies” I felt as though I was with family.

Gugulethu is a primarily Xhosa speaking township that was originally established during the apartheid era when many black citizens of Cape Town were forcibly removed from the city and relocated. It was here that we spent last weekend, staying the night with a local family and experiencing the community.

When we first arrived, we made our way to the Lehlohonolo Garden at a local primary school, where Sinako Urban Farms established a community garden five years ago in order to fight malnutrition and hunger. At the garden we were given some background on the program and its foundations, and then were immediately put to work. We got our hands dirty, planting vegetables, digging, and adding to the compost pile. We worked along with some of the primary school kids, and it was amazing to see the hard work that they put into the garden. Vuyani, one of the leaders of the program explained to us the importance of the kids’ involvement in the program, teaching them about where food comes from, and letting them see the whole process of growing the fruits and vegetables from when it’s a seed in the ground to when it ends up on their plate.

One of the most startling aspects of our visit came later in the day when we visited the area of Gugulethu known as Barcelona. Here people lived in makeshift shacks, many of which were smaller than my room. They have no running water system, their plumbing system constitutes of buckets that only get replaced when they are too full. The fact that this area was only a 15 minute drive from our sheltered residence in Mowbray gave us a shocking wake up call to the intense wealth disparity in Cape Town.

I left the visit with an overwhelming sense of sadness and emotion, but also a feeling of love and community. We visited an orphanage where a pastor took in tens of children from the community, many of whom he knew would never be adopted, and many of whom were HIV positive, and he gave them a home. We arrived as the kids were observing a religious service, and the service stressed their importance in the world. The women leading told the kids that they were not alone, that just because they were in the situation did not mean that they were not loved, that no one was looking out for them. They tried to give them a sense of worth, a sense of community.

I felt this same sense of community the next day when our “mama” took us to the service at the local church. At one point I closed my eyes and just listened to the sound of the voices joining together for a common purpose, beautiful and strong. I was greeted with smiles and embraces, and everywhere I went throughout my time in Gugulethu, regardless of everything these people are experiencing, I felt no shortage of love emanating throughout the community.